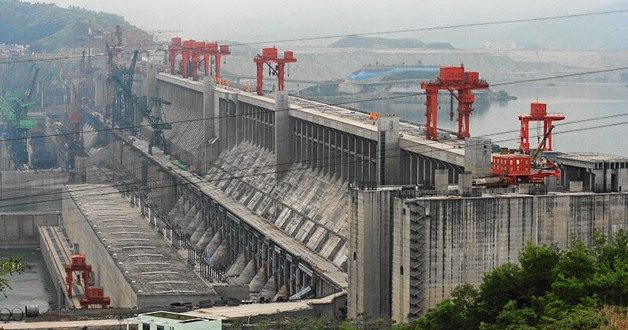 Egypt-Ethiopia row: The trouble over a giant Nile dam

The latest talks to resolve the dispute between Ethiopia and Egypt over the future of a giant hydropower project on the Nile River are due to resume in Washington later.

By Basillioh Mutahi, for BBC News (*)

Last year a deadline of 15 January was set to solve the long-standing impasse but the latest round of talks, last week, ended in deadlock.

When complete, the Grand Renaissance Dam, which Ethiopia is building, will be Africa’s biggest hydroelectric power plant.

Its construction began in 2011 on the Blue Nile tributary in the northern Ethiopia highlands, from where 85% of the Nile’s waters flow.

However, the mega dam has caused a row between Egypt and Ethiopia, with Sudan caught in between, which some fear could lead to war, and the US is now helping to mediate.

Why is it so contentious?

At the centre of the dispute are plans to fill up the mega dam as Egypt fears the project will allow Ethiopia to control the flow of Africa’s longest river.

Hydroelectric power stations do not consume water, but the speed with which Ethiopia fills up the dam’s reservoir will affect the flow downstream.

The longer it takes to fill the reservoir, which is going to be bigger than Greater London with a total capacity of 74 billion cubic metres, the less impact there will be on the level of the river.

Ethiopia wants to do it in six years !

“We have a plan to start filling on the next rainy season, and we will start generating power with two turbines on December 2020,” Ethiopia’s Water Minister Seleshi Bekele said in September last year.

But Egypt has proposed a longer period – so that the level of the river does not dramatically drop, especially in the initial phase of filling the reservoir.

Three-way talks between Egypt, Sudan and Ethiopia over operating the dam and filling its reservoir have made no progress in more four years – which the US has now been trying to mediate.

After the talks last week, Mr Seleshi accused Egypt of having no intention of reaching a deal.

“I don’t think when the Egyptians came here, they came being ready to reach at an agreement,” Mr Seleshi told the BBC’s Kalkidan Yibeltal.

“This is not acceptable on any measurement,” he said.

Egypt’s Water Minister Mohamed Abdel Aty, however, was quoted saying that parties achieved clarity on all issues, including on the filling of the dam.

Why is Egypt so upset?

Egypt relies on the Nile for 90% of its water. It has historically asserted that having a stable flow of the Nile waters is a matter of survival in a country where water is scarce.

A 1929 treaty (and a subsequent one in 1959) gave Egypt and Sudan rights to nearly all of the Nile waters. The colonial-era document also gave Egypt veto powers over any projects by upstream countries that would affect its share of the waters.

Neither agreement made any allowance for the water needs of the other riparian states that were not parties to the deal, including Ethiopia, whose Blue Nile contributes much of the river waters.

Ethiopia has said it should not be bound by the decades-old treaty and went ahead and started building its dam at the start of the Arab Spring in March 2011 without consulting Egypt.

Egyptian President Abdul Fattah al-Sisi was quoted as saying in September last year that it would never have got under way had Egypt not been distracted by the political turmoil.

One of the North African country’s main concerns is that if the water flow drops it could affect Lake Nasser, the reservoir further downriver, behind Egypt’s Aswan Dam, even though it only accounts for a small share of Egypt’s electricity.

Ethiopia says one of the previous preconditions that Egypt had put for the agreement was that the dam should be connected to the Aswan dam.

Mr Seleshi told the BBC that he had explained to the Egyptians that it was “difficult to connect the two dams”.

“After that they had backed down a bit on the issue but they have brought the idea back today to some extent,” he said.

Egypt also fears that the dam could restrict its already scarce supply of the Nile waters, which is almost the only water source for its citizens.

It could also affect transport on the Nile in Egypt if the water level is too low and affect the livelihood of farmers who depend on the water for irrigation.

Why does Ethiopia want such a big dam?

The $4bn (£3bn) dam is at the heart of Ethiopia’s manufacturing and industrial dreams. When completed it is expected to be able to generate a massive 6,000 megawatts of electricity.

Ethiopia has an acute shortage of electricity, with 65% of its population not connected to the grid.

The energy generated will be enough to have its citizens connected and sell the surplus power to neighbouring countries.

Ethiopia also sees the dam as a matter of national sovereignty.

The dam project does not rely on external funding and relies on government bonds and private funds to pay for the project.

The country has been critical of what it considers foreign interference in the matter.

Does anyone else benefit?

Yes. Neighbouring countries including Sudan, South Sudan, Kenya, Djibouti and Eritrea are likely to benefit from the power generated by the dam.

Many of these countries have huge power deficits.

For Sudan there is the added advantage that the flow of the river would be regulated by the dam – meaning it would be the same all-year round.

Usually the country suffers from serious flooding in August and September.

Could the dispute lead to a war?

There have been fears that the countries could be drawn into a conflict should the dispute not be resolved.

In 2013, there were reports of a secret recording showing Egyptian politicians proposing a range of hostile acts against Ethiopia over the building of the dam.

President Sisi has also been quoted as saying that Egypt would take all the necessary measures to protect their rights to the Nile waters.

The International Crisis Group warned last year that the countries “could be drawn into conflict” over the dam.

The fact that the US intervened shows the seriousness of the situation – and the need to break the deadlock.

Egypt sought the intervention of the US on the impasse, after President Sisi requested that President Trump mediate the conflict, which Ethiopia was initially reluctant to accept.

A conflict between the two states, which are both US allies, could draw global interest as it would put millions of civilians at risk.

It would threaten the vital international trade route through the Suez Canal and along the Horn of Africa, according to analysis by the Washington Institute.

So what happens now?

The next step will be for the water ministers, along with their countries’ foreign ministers, to try and come to a deal before the deadline set last year of 15 January.

The timeline was set in November after a meeting between the parties and US Treasury Secretary Steven Mnunchin and World Bank President David Malpass.

So the parties representing the countries at the heart of the dispute are expected to convene again in Washington later.

“The first [option] is mediation, to see it with a mediator. Second is an issue of facilitation.

“These issues need an agreement of the three countries. Article 10 doesn’t say it will be based on the desire from one country,” Ethiopia’s water minister told the BBC.

If they still can’t agree by 15 January, the negotiators will request another mediator, or refer the matter to the heads of states, as agreed in November last year.

“What will be most appropriate for us is to present the report to our leader since there might be [progress] if they [the leaders] solve it,” Mr Seleshi said.

Mr Abiy said that, as incoming chair of the African Union, Mr Ramaphosa could help solve the problem peacefully.

(*) This article was originally published on BBC News . Read the original article. The views expressed in this article belong to the author and do not necessarily represent ForMENA