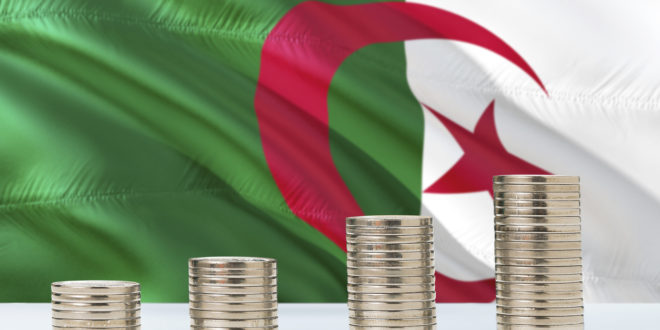 With countries across Africa shedding long-held taboos to seek International Monetary Fund help, Algeria is a rare holdout. It may need a quick recovery in oil prices or Chinese backing to stay that way.

On a continent where a checkered experiences with the IMF or distaste for foreign interference has meant trepidation toward the lender, the economic havoc wreaked by the coronavirus is sparking some sudden turnarounds.

The two most populous nations, Nigeria and Ethiopia, are now accepting IMF help, and even South Africa — where the ruling African National Congress has preached self-reliance since the fall of apartheid — is negotiating a $4.2 billion loan.

That’s made Algeria, an energy-rich Mediterranean country bruised by its encounter with the IMF during the 1990s civil war, one of the most significant bastions of resistance.

President Abdelmadjid Tebboune, elected in December as mass protests against the governing elite raged, has ruled out going to the Washington-based agency, saying it would compromise the sovereignty of the OPEC member and former French colony.

“The IMF is the symbol of the crisis of the 1980s and 1990s and it’s a painful memory for many Algerians,” said Dalia Ghanem, a resident scholar at the Carnegie Middle East Center in Beirut. But while Algeria’s reserves give about two years of breathing space, “after that the social and economic situation will have worsened and an explosion is likely.”

Few doubt that bold steps are needed. With the oil crash and Covid-19-related turmoil, the nation of 44 million people may be facing an economic storm. The central bank expects gross domestic product to contract 2.6% in 2020 before rebounding.

The IMF in April painted dimmer prospects, predicting a budget shortfall of 20% of GDP, with a current-account deficit worse than even defaulted Lebanon’

To be sure, Algeria isn’t yet in the dire straits it was in the late 1980s, when a debt crisis led it to request IMF assistance and the government struggled to cut spending and jobs while mired in a devastating conflict. Although foreign reserves are at their lowest level in more than 14 years, there’s still plenty in the central bank and the country has practically no international debts.

Tebboune, a long-time government insider, says Algeria is experiencing a “temporary” crisis. “It’s not catastrophic,” he told reporters in April, predicting an oil-price rebound. Algeria needs crude at $167 a barrel to balance its budget, according to the IMF.

More than 35 of Africa’s 54 countries have requested emergency IMF aid since the pandemic erupted, according to the lender. In North Africa, Egypt and Tunisia have agreed sizable sums, while 28 sub-Saharan nations are receiving a combined $10 billion in financing, about 10 times the average in a normal year.

An IMF mission last visited Algeria in 2018, although the country maintains regular contact. The IMF could potentially provide balance-of-payment support should a major shock hit its external balance or the economy struggle to recover fast enough.

That would come with conditions to which it’s unclear if Algerian authorities would agree. The IMF declined to comment on any talks for assistance.

“Typical IMF recommendations to cut subsidies or allow more currency flexibility would not be embraced easily by Algeria,” says Charles Robertson, global chief economist at Renaissance Capital. “However the coronavirus has seen the IMF become more flexible” in conditions.

There are other options that could spare billions in hard currency. The government is halving operating expenditures for state-run energy projects and has announced tax reforms and tighter controls on foreign-currency outflows.

It also removed a decade-old cap on foreigners holding more than 49% of local companies in select industries, a step to encourage international investment in developing a market on the edge of Europe.

Tebboune says he’s open to borrowing from “friendly” countries in the form of aid or to finance joint ventures in sectors like mining, infrastructure development and agriculture.

That’s led to speculation help could come from China, which is Algeria’s largest source of imports, and already has substantial energy investments. Prime Minister Abdelaziz Djerad recently urged citizens to learn Chinese to prepare themselves for the future.

For a country ruled by a secretive elite and concerned over sovereignty, help from the world’s second-biggest economy would have obvious advantages, according to Riccardo Fabiani, director for North Africa at the Brussels-based International Crisis Group.

“China has not occupied Algeria, Chinese money will come with less strings attached and they won’t discuss how authorities handle protests or how fast they will implement reforms,” he said. “It’s a more straightforward business.”

(*) This article was originally published on Bloomberg. Read the original article. The views expressed in this article belong to the author and do not necessarily represent ForMENA