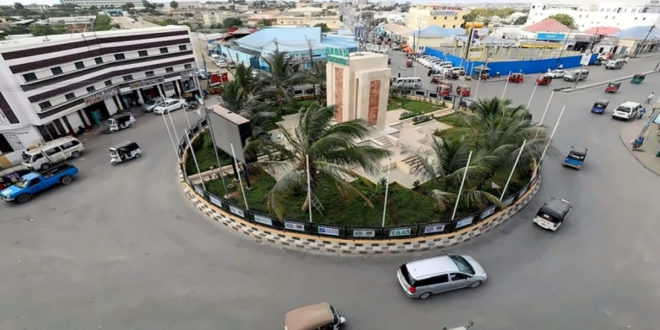 The launch of a national payments system has allowed Somalia to centralise its digital payments. The country is on the cusp of a digital revolution, with opportunity ripe for the picking.

Mogadishu famously only installed its first ATM in 2014, but the progress of Somalia’s wider digital economy since then has been astonishing. Just seven years later, the country is on the cusp of becoming the world’s first cashless society.

The Somali Central Bank introduced a central payments system in August which connects the nation’s 13 lenders, and formalises digital payments, making payments easier for people across the country.

With more than two-thirds of all payments in Somalia made via mobile money platforms, the untapped market for new infrastructure, apps, payment systems and fintech is huge – at least for those savvy enough to seize first-mover advantage.

In the Covid-era, cash is no longer king, as citizens around the world fast embrace cards, the internet and apps for financial transactions. Norway currently ranks the world’s most cashless society, with only 4% of transactions currently conducted offline, according to Norges Bank.

In a recent conversation with the Central Bank Governor, Abdirahman Mohamed Abdullahi he said:

“Somalis are world renowned for our business savvy. Add this with Somalia’s young population and the country’s advanced adoption of technology, the equation equals an innovation hub, which is exactly what Mogadishu is becoming.”

Emerging from the rubble

This window of opportunity comes as the country turns a corner on two decades of civil strife.

Over the past decade Somalia has been working with international financial institutions, the World Bank, the African Development Bank (AfDB) and IMF, to implement key economic reforms.

The country has passed necessary legal frameworks to create a conducive environment for businesses, and to better facilitate foreign and domestic investment into the country.

A burgeoning financial sector will create opportunities for Somalis at home and abroad. Somalia is already a world leader in mobile money use, with over 70% of the 13m population using mobile money services. The national payments system will be an unprecedented boon for the economy, that has struggled in the past with widespread counterfeiting.

The Somali diaspora sending remittances home can now rest assured that on their return they will have the same financial power as they would elsewhere. We are creating a Somalia where in the near future working abroad will a career move, not a necessity.

This also showcases Somalia’s potential for foreign investment. Investments are not without risk, but thirty years after a devastating civil war, the country has come a long way in rebuilding its war-torn economy. Insurgent from al-Qaeda affiliate, al Shabaab, continue to wield influence over vast swathes of territory, deterring foreign investors.

Our population is young – the majority under 30 – hard working and eager to equip themselves with world class, cutting-edge skills. Around 85% of Somalis use mobile money compared to fewer than four in ten in Nigeria, Africa’s biggest economy, and far more than in the UK (25% in 2020) and US (29% in 2021).

Somali-led innovation is booming, and the government last year secured a debt-relief deal with the World Bank and the International Monetary Fund; another key stepping stone on our return to the global economy.

Despite its deep well of tech talent, until this month Somalia’s financial system meant that lenders could only interact on a superficial level. This made payments inconvenient and reinforced a reliance on the US dollar, while holding back businesses looking to grow across the country. This is now poised for change.

Somalia’s untapped potential has been catalysed by the adoption of mobile money over the past 10 years. Hormuud Telecom, which began operating its Somali network in 2002, now has 3.6m subscribers, and was awarded the nation’s first mobile money licence in February. Its 3m subscribers to mobile money platform EVC Plus is testament to the potential of mobile money in the country, and should galvanise investors to venture back to the nation with confidence.

Somalia received no foreign investment for a 20-year period up until 2013. These early investors understood, to see Somalia as simply a ‘war torn’ state is short sighted. Somalia’s economy will likely expand 2.9% this year, according to the IMF. With our new and improved financial infrastructure, businesses will be unshackled, payments made easier, and we will hopefully see reliance on the US dollar decline.

All are symptoms of a ripe investment market. Those who are awake to the opportunities inherent in the country, which has lifted itself out of the ashes of war will be the winners.

To echo Central Bank Governor Abdullahi, “We are now ready to welcome investors in earnest.”

(*) This article was originally published on The African Business . Read the original article. The views expressed in this article belong to the author and do not necessarily represent ForMENA