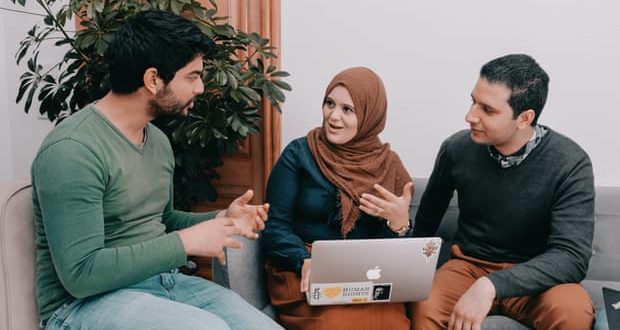 Since the Arab spring, in the face of high unemployment, 100,000 young people have left Tunisia. However, a growing number of startups and a culture of entrepreneurialism points to a brighter future for the country’s youth

By Naomi Larsson, for The Guardian (*)

It has been almost a decade since a revolution ended Tunisia’s 23-year dictatorship. In 2011, thousands took to the streets in protests sparked by the suicide of a young man amid frustration of poverty, joblessness and corruption.

The death of Mohamed Bouazizi resonated with millions of people who hoped it would inspire change in Tunisia – particularly to the lives of young people. But unemployment levels are still high; nearly half of Tunisia’s population are under 25, and more than 35% of them are unemployed.

Tunisia is also one of the few places in the world where a higher education level decreases employability – the employment rate for those with degrees is approximately 25%. Many of Tunisia’s young people are educated, but they’re unable to find jobs to match their field or skillset – the uprising eight years ago shows how serious the consequences can be.

“With high levels of unemployment comes discontent. For the security of the country it’s important that people are in employment or feel that there are opportunities in the region,” says Petra Wenitzky, industrial development expert at the United Nations Industrial Development Organisation (Unido).

For marginalised communities – especially those in regions outside of the capital Tunis – the issue is far more pronounced.

“The frustration is there for the less privileged youth,” says Steve Utterwulghe from the United Nations Development Programme. “Economic transition needs to follow democratic transition or go hand in hand. But there is a skills mismatch and a certain disconnect between what youth learn in school and the reality and requirements of the labour market,” he says.

With few big companies based in the country, Tunisia is seeing a growing culture of entrepreneurialism, SMEs and startups – and it’s these businesses that are now trying to help lift young people out of unemployment and poverty.

“Whereas for decades many educated youth turned to the public sector to fulfil their professional aspirations, the combination now of an overburdened administration and relatively low public wages render the role of the private sector crucial in creating jobs and lifting people out of poverty,” says Diego Zorrilla, UN resident coordinator in Tunisia.

“This fact is widely recognised and has spun the adoption by the government in 2018 of the national strategy for entrepreneurship and of the Startup Act. UN agencies in Tunisia, as with many other development partners, support the development by the government and civil society of programmes that aim to increase the employability of youth or enable the creation of small and medium enterprises.”

Founded in 2017, startup Think-it is one of the businesses tackling youth poverty and unemployment in the country.

Think-it connects global tech companies with Tunisia’s brightest young people as a way to address brain drain – since the Arab spring, approximately 100,000 young people have left the country. Graduates are trained using the newest technologies, such as AI and blockchain, to develop skills appropriate for Think-it’s partner companies in Germany and the US – earning good wages without leaving their home country.

“If you build a community that sticks together, it makes it easier to say I believe in this and I want to build a career while staying in Tunisia,” says Joscha Raue, co-founder of Think-it.

Think-it has now connected 30 people to tech jobs, but it believes the impact goes beyond these individuals. “The big impact is bringing exposure. We’re not telling people what to do with their lives, but showing what options they have,” says co-founder Amel Abid.

Young people are increasingly taking it upon themselves to create their own job opportunities and Mashrou3i, a youth entrepreneurship programme based in Tunisia’s regions, is helping develop this culture of entrepreneurialism. Launched in 2013 as a joint project from Unido, the US aid agency, Italian development agency and the HP Foundation, it aims to create at least 6,000 jobs by 2021. People taking part are offered business training and courses from how to create a bankable business plan or model to basic IT and entrepreneurship skills.

So far, Mashrou3i has helped create approximately 2,000 jobs and 251 startup businesses – 40% of those led by women.

Fatma, from Makthar in the region of Siliana, launched her textile business in 2018. She now employs 19 people in a region where unemployment is high and poverty widespread. Fatma says: “In the summer when we were young, we had to find ways to entertain ourselves. This was when I discovered my interest in textiles. To pass the time, I learned how to sew and embroider. After finishing my studies, I decided to turn my hobby into a business.”

Wenitzky, who works on the Mashrou3i programme, says: “The programme is able to encourage people to feel that they have the potential to be a change agent – and entrepreneurship is something they realise can help them take control of their lives.”

Utterwulghe adds that there’s a drive among young Tunisians to find solutions for themselves and others. “They’re very conscious about social difficulties Tunisians face. They want to find solutions for other young people and adults outside of Tunis – the most marginalised in the country – through social entrepreneurship and the environment to preventing sexual violence. It goes in every direction. The solution for youth is coming from youth.”

One possible solution is Cogite, a Tunis-based co-working space that tries to open doors for young entrepreneurs. It provides mentors, access to training, finance and networks. Aside from supporting startup businesses, it has generated jobs itself by choosing some members to run other Cogite co-working spaces across the country.

Founded in 2013, Cogite was the first co-working space in the country. Now, there are over 40 in total across cities and in regional areas.

“The most important thing for Cogite was to be a place where people would have access to each other, where collaboration could happen, and a place where there is a lot of inspiration,” she says. “Young entrepreneurs need to be connected with major players of the economy in Tunisia.”

Sahba Sobhani, acting head of Business Call to Action, hopes there will be a domino effect. “This encouragement of entrepreneurship, the efforts to change the mindset of what kind of opportunities you can grab in Tunisia – the only way you can do that is seeing others doing it,” he says.