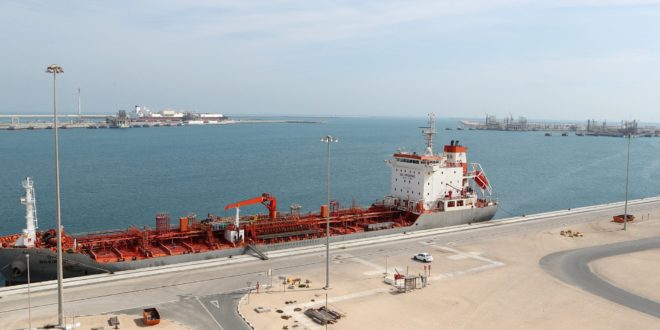 Why is Qatar leaving OPEC?

The decision to leave the oil cartel is aimed at reinforcing the country’s autonomy from its Persian Gulf neighbors.

By Kristian Coates Ulrichsen, for The New York Times (*)

The surprising declaration by Qatar about leaving OPEC on Jan. 1 is a strategic response by the country to a changing energy landscape and the 18-month old ongoing boycott of Qatar by Saudi Arabia, United Arab Emirates, Bahrain and Egypt.

Qatar’s decision to move away from a regionwide consensus among the Gulf’s OPEC members is a reminder of the regional tensions arising from the assertiveness of Saudi Arabia, led by Crown Prince Mohammed bin Salman.

This display of autonomy spilled over into the six-nation Gulf Cooperation Council to which Qatar and three of its detractors belong and which held its annual summit on Sunday. Tamim bin Hamad al-Thani, the emir of Qatar, did not attend the council and sent a lower ranking delegation instead. Kuwait and Oman also hold reservations about the hawkish axis between Saudi Arabia and the United Arab Emirates and will follow Qatar’s decision closely.

The Gulf Cooperation summit did not discuss the blockade of Qatar and the rift in the gulf remains unresolved and, perhaps, unresolvable, as positions have hardened and neither Qatar nor the Saudi Arabia-led quartet wants to be seen to blink first.

By becoming the first of the energy-rich Gulf States to withdraw from OPEC, Qatar has signaled its disapproval with an organization perceived to be subject to increasing Saudi interference.

Saudi interference was starkly illustrated during an April 2016 meeting in Doha, the capital of Qatar, when Prince Mohammed, then the deputy crown prince, intervened to thwart an output agreement between OPEC and non-OPEC states. Emir Tamim had worked hard to secure the agreement both within OPEC and with Russia, only to see the Saudis pressure Qatar to disinvite Iran, a fellow OPEC member, and sink the deal midway through the meeting.

Although designed to address the sustained post-2014 slump in oil prices, the Cold War between Saudi Arabia and Iran trumped, in Prince Mohammed’s view, the need to secure an agreement that could stabilize oil prices and assist producers’ economies hit by shortfalls in revenue.

Qatar’s decision to withdraw from OPEC builds on two decisions taken before and after Saudi Arabia and its allies cut ties with Qatar and imposed a blockade last June. In April 2017, it decided to significantly expand its production of natural gas to increase its natural gas capacity by 43 percent to 110 million tons annually. The Qatari leadership also responded to the attempt to isolate Qatar by forging a slew of new longer-term natural gas agreements with partners worldwide, including China, Japan and Britain, to demonstrate that Qatar remained open for business.

Qatar made a strategic decision to direct national resources toward gas rather than oil as the backbone of its energy policy. While the country discovered oil in 1939, a year after Saudi Arabia and Kuwait, and joined OPEC in 1961, it never became a major player in global oil markets because its oil exports remained small by Persian Gulf standards.

In the 1970s, Qatar discovered vast quantities of natural gas in the offshore North Field, which straddles the maritime border between Qatar and Iran, with the largest part of the field in Qatari waters. The North Field remains the largest non-associated gas field ever found, with more than 130 years of reserves at current production rates of 77 million tons a year.

Since the early 1990s, Qatar has invested heavily in creating the infrastructure to export gas both through pipelines and as liquefied natural gas. By 2007, Qatar was the largest exporter of LNG in the world, with production plateauing in 2010 at 77 million tons a year. In contrast, its average oil production of 607,000 barrels per day in 2017 is less than 2 percent of OPEC’s total output.

In April 2017, Qatar Petroleum lifted a 12-year moratorium on the further development of its natural gas resources that it had imposed in 2005 to allow time to study the impact of such a rapid rise in production on the condition and sustainable management of the North Field.

The decision to increase LNG production capacity to 110 million from 77 tons a year came two months before the Saudi-led attempt to isolate Qatar last June. Throughout the ongoing, 18-month-long blockade, Qatar has continued to supply natural gas to the Emirates through a pipeline that accounts for about a quarter of the Emirates’ daily gas demand.

In November — a month before announcement of Qatar’s OPEC exit — a government reshuffle in Qatar saw Saad Sherida al-Kaabi, the former chief executive of Qatar Petroleum, appointed as Minister of State for Energy Affairs, a new portfolio that replaced the Minister of Energy and Industry.

During his term at Qatar Petroleum, Mr. Kaabi had lifted the moratorium on increasing gas production in the North Field. In his new ministerial position, Mr. Kaabi has been entrusted by Emir Tamim to oversee the next phase in Qatar’s gas development. Plans include a range of new upstream developments and international partnerships intended to cement the country’s position as the world’s leading supplier of LNG.

Having displayed their resilience in the face of the Saudi-led blockade, Qataris seem to signal their determination to move on from OPEC and carve their own approach to global gas markets.

A new deal to supply LNG to Britain, which receives nearly a third of its gas supply from Qatar, was announced just as the blockade came into effect last June. In September Qatargas signed a 22-year agreement to supply PetroChina with 3.4 million tons of LNG a year through 2040.

Those deals, along with Qatar honoring its natural gas commitment to the Emirates despite the rift, have reinforced the post-blockade effort to portray Qatar as a reliable energy partner and a responsible member of the international community.

Thus, Qatar’s decision to withdraw from OPEC is consistent with the strategic evolution of its energy interests that plays to their strength as a gas superpower and fits into existing plans to upscale significantly LNG infrastructure and production capacity.

It makes strategic sense to focus on a sector in which Qatar holds more than 30 percent of the global market share than on its far smaller and declining oil output. By also reinforcing Qatar’s autonomy from its Persian Gulf neighbors, the move exemplifies the failure of the 2017 blockade to force Qatar to clip its wings and return to a Saudi-led regional fold.

With neither Saudi Arabia nor the Emirates willing to back down or concede defeat, the Gulf rift is reshaping regional and institutional partnerships and increasing the degrees of separation among the parties to the dispute.