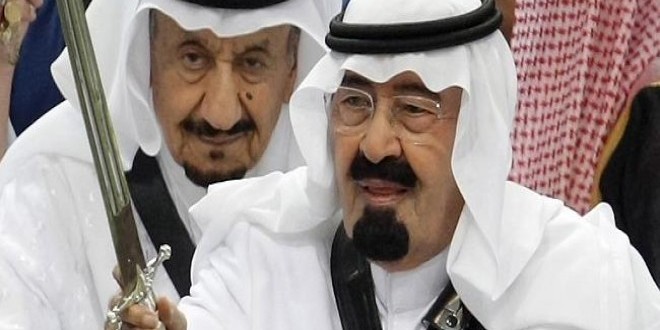 Abdullah’s Legacy: A Succession Enlivened in an Unstable Regional Context

King Abdullah of Saudi Arabia died on Friday, January 23, 2014, aged 91 years. His successor was announced as Prince Salman, his half-brother, at the same time.

On the very day of Abdullah’s death, the president of Yemen announced his resignation, an epilogue – albeit temporary – to the Yemeni crisis, which has turned into a nightmare for the Saudi authorities.

The victory of the Houthis in the northern part of Yemen is a personal failure for the leaders of the Kingdom who made every effort (including the use of warplanes to bombard them in 2009)  to crush them, yet garnered no success in their endeavour.

Today, the Houthis control a large part of northern Yemen, including the capital of the country, Sanaa.

Given that the Houthi’s follow Zaydism, a branch of the Shiism, Riyadh has felt since the beginning that the “hand of Iran” has been involved, attempting to surround Arabia by controlling the south side.  An unproven claim, even though it might appear obvious that the success of the Houthi’s would make for happiness in Tehran.

In 1953, on his deathbed, the founder of the Kingdom, Abdelaziz Ibn Saud no doubt would have confided to his sons:

“The happiness of the Kingdom, lies in the misfortune of the Yemen “.

The world which Abdullah has just departed, is filled with dangers for the Saudi monarchy.

On its northern border, the so-called “Islamic State” threatens the existence of the regime, ironically, in the name of its own Wahhabi ideology.

Secondly, the wall, being built by the Saudi regime to somehow protect itself from invasion by the so-called “Islamic State” is nothing more than an imaginary dike, a kind of “Maginot Line” if you will, against an enemy that can not only by-pass it, but who already has done so (there have been incursion attempts and clashes between Saudi border guards and “Islamic State” terrorists for a number of months now).

The Takfiri extremists of Al Baghdadi’s so-called “Caliphate” have support in the Arabian peninsula, due to the terror and sectarian hatred that has been inspired in the Sunni masses of the Peninsula against the so-called “Shiite danger” and the Islamic Republic of Iran.

This leads us to the third danger which awaits Saudi Arabia, which  in the eyes of many of its subjects and all of it’s leaders, is the Islamic Republic of Iran.

The diplomatic telegrams revealed by WikiLeaks had shown King Abdallah asking his American interlocutors “to crush the head of the snake”, are well known and reveal much about the intent of the Saudi regime and its leadership.

At this time, a major source of concern to the Saudi regime, is the prospect of an imminent agreement between Washington and Tehran on Iran’s Nuclear issue.

Truly, a nightmare for Riyadh.  Almost a year ago, Lakhdar Brahimi, the United Nations special envoy had warned the King, that the link with Tehran was a priority for the Obama Administration.  Brahimi had specified: “this is not analysis, rather it is information”, in his discussions with the Monarch.

This is but one of the elements contributing to the promulgation of anti-American sentiment among the Saudi leadership.

Another factor contributing to this sentiment was the support for the democratic aspirations espoused in the “Arab Spring” and the abandoning of Mubarak by the Obama administration at the beginning of 2011.  This resulted in Abdullah, then in a state of ill health, recovering in Morocco, being compelled to return to Riyadh with a view to orchestrate a counter-revolution, which it is necessary to recognize was successful.

Furthermore, there remains the issue of the free fall in oil prices, halving in value since June 2014, depriving the Saudi regime of considerable receipts.

Having said that, this is not a random fall, rather it is largely the consequence of Saudi’s own oil politics.

Since the middle of the 1980 (from 1986), since the Kingdom was adamant, at all costs to protect its market share, it was also attempting to make the exploitation of Shale Gas by the United States, an activity that risks a strategic decoupling between Washington and its allies in the Middle East, primarily Riyadh, financially unviable.

Additionally, it is a case of forcing Iran, and indeed Iraq, the other major oil producers in the region, to go down on their knees, since their economies would not tolerate such a massive reduction in the price of oil per barrel. They, unlike Saudi Arabia, do not have financial reserves of more than 750 billion dollars.

However, the Kingdom can face such a hefty deficit for possibly two years, but not much more.  The level of public spending, which provides a mechanism to “buy” social peace following the disorders that started in the beginning of 2011, deplete these financial reserves extensively.

That King Salman, the 79-year-old “new” monarch, inherits this toxic environment is not reassuring.

The only thing that solace can be taken from, is that he is allegedly suffering from Alzheimer’s disease and no doubt also from Leukemia; as a result of which, he is unlikely to exercise power for very long.

The task will then fall to his successor, that is off course, if events don’t overtake the situation in the meantime. 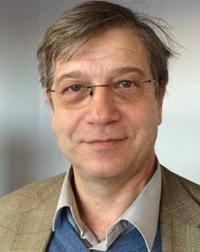 journalist to RFI, specialist of the countries of the Gulf Cooperation Council
Share