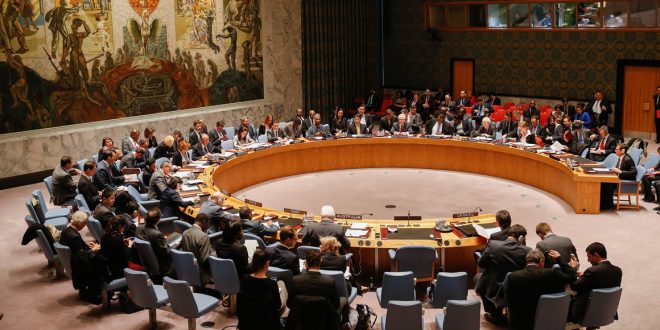 Terror and security through UN eyes

The evolution of UN thinking on countering terrorism is part of the development of building an international capacity to shut down extremist networks.

The evolution of UN thinking on countering terrorism is part of the development of building an international capacity to shut down extremist networks. On Sept. 28, 2011, the UN Security Council (UNSC) adopted Resolution 1371. Under the enforcement provisions of the UN Charter, it prevents the financing of terrorism, criminalizes the collection of funds for such purposes, makes provisions for immediately freezing terrorist financial assets, and establishes a Counter-Terrorism Committee to oversee the resolution’s implementation.

In the wake of 9/11, the UN focused on two core themes that defined how to counter terrorism at the time: preventing a catastrophic event, and targeting illicit crime. The attacks underlined the potential danger of weapons of mass destruction (WMD) falling into the hands of non-state actors. In 2004, the UNSC took its first formal decision on the danger of WMD proliferation, particularly to non-state actors.

Under the enforcement provisions of the UN Charter, the UNSC unanimously adopted Resolution 1540, obliging states to refrain from supporting non-state actors in the development, acquisition, manufacture, possession, transport, transfer or use of WMD and their means of delivery. Subsequently, the UN General Assembly (UNGA) adopted the International Convention for the Suppression of Acts of Nuclear Terrorism, which was opened for signature in Sept. 2005.

The UN Office on Drugs and Crime (UNODC) leads the international effort to combat drug trafficking and abuse, organized crime and international terrorism. It analyzes emerging trends in crime and justice, develops databases, issues global surveys, gathers and disseminates information, and undertakes country-specific needs assessments and early warning-measures, for example on the escalation of terrorism.

The UN launched a policy-driven aspect to fighting terrorism, five years after 9/11. In Sept. 2006, it adopted the UN Global Counter-Terrorism Strategy, outlining specific measures to address terrorism in all its aspects at the national, regional and international levels.

At the time, the UNGA endorsed the Counter-Terrorism Implementation Task Force (CTITF), which had been established by the secretary-general in 2005. The CTITF promotes coordination and coherence within the UN on counter-terrorism, and provides assistance to member states. The UN Counter-Terrorism Centre (UNCCT) provides capacity-building assistance to member states, and carries out counter-terrorism projects worldwide.

In 2016, the UN welcomed the Plan of Action to Prevent Violent Extremism, on the occasion of reviewing the UN Global Counter-Terrorism Strategy. This strategy is evolving to include community-driven measures to prevent radicalization and promote de-radicalization. The UN sees itself as a useful player in the global counter-terrorism effort, while attempting to stay out of the immediate crossfire.

However, it faces numerous challenges in translating its resolutions, conventions and programs into effective actions. Pundits say the UN lacks a clear vision. Another problem is defining terrorism. There are two camps in the UN: one thinks it should deal with the causes of terrorism, and another wants to focus on outlawing specific acts of terrorism. Fighting terrorism takes resources. As such, Saudi Arabia’s $100 million donation to the UNCCT is important.

The UN is strengthening its counter-terrorist agenda. Its ability to coordinate on WMD prevention and criminalize terrorist financing were important opening steps in the first five years after 9/11. Ten years later, its provision of resources needed for member states to adopt and enforce anti-terrorist legislation is the most significant UN anti-terror initiative to date.

The world body’s list of ISIS- and Al Qaeda-affiliated organizations that require asset freezing is a positive model for member states. Countries that help freeze criminal assets help achieve progress on the ground. The UN will need to monitor and be deeply involved in fighting terror.