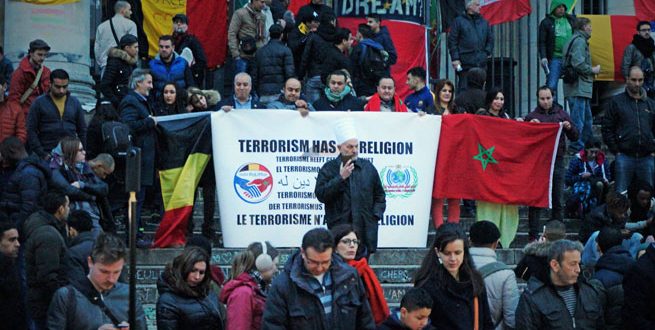 The revolt of radical European Muslims against their parents

« Muslims in Europe, uprooted from their societies, need the guidance of liberal scholarly religious leaders to offer solutions asserting values more than norms and judicial rules »

By: Samar Fatany, for Saudi Gazette (*)

According to French political scientist Professor Olivier Roy of the European University Institute in Florence, Italy, the revival of religions today is mainly due to the separation of culture and religion. American evangelical movements, Protestant fundamentalism and Islamic Salafism all reject culture, philosophy and even theology and promote their sacred texts basing the absolute truth on their individual faith, neglecting educational and religious institutions.

Therefore, traditional Islam asserts itself against an equally traditional Christianity. What we are witnessing is a global phenomenon – a globalization of religions. Islam in Europe today is going through a globalization process from within, including in its most fundamentalist forms.

The issue with Islam in Europe is that Muslim immigrants had to separate Islam from the culture of their new country. This is unlike Muslims in Muslim countries where religion is part of the culture and sometimes it is difficult to distinguish between cultural trends and religious practices. People are raised as Muslims and society provides the space for religious practice.

It is easy to fast during Ramadan and perform the five daily prayers without any duress. However, immigration has created a divide between religion and society, between religion and culture, and eventually in some cases religious belief just disappeared. Muslims living in Europe had to somehow reinvent what they believed belonged to the Islamic belief.

The spread of fundamentalism among European Muslims today continues to be an issue of major concern. However, the liberal Muslim or the contemporary Muslim who represents the vast majority of Muslims living in the Western world is not a threat. The problem lies with the minority that is shaping the radical movements.

Therefore, fundamentalism in Europe is not a protest of an original culture; it is the result of the disappearance of the original culture. Prof. Roy concludes, “It would be a huge mistake to link modern forms of fundamentalism to the idea of a clash of cultures, or a clash of civilizations, because there is no culture any more, there is no civilization.”

Today’s religious revival in the Muslim world symbolizes “a return to the way of the pious ancestors”, i.e. of the Prophet (peace be upon him) and his successors. The Salafi or neo-fundamentalist movements criticize modern Muslim cultures. They are anti-cultural and are against music, poetry and all forms entertainment. To be a Muslim Salafi means strict observance of religious obligations — therefore, all forms of entertainment are considered as distractions and therefore forbidden.

Fundamentalists oppose culture because it distracts Muslims from their religion and their quest for salvation. This religiosity has undermined the Islamic cultural heritage and killed any attempt to promote cultural activities, innovations and creativity. This is also the reason why there have not been many Muslim contributions to the rich Islamic ancestral heritage of years gone by.

Today the traditional and scholarly knowledge produced by religious leaders does not provide the answers that the new believer is looking for. Muslims in Europe, uprooted from their societies, need the guidance of liberal scholarly religious leaders to offer solutions asserting values more than norms and judicial rules.

The transformation of Saudi Arabia today ushers in a new vision that is based on liberal and Islamic ideals in tune with the reality of the 21st century generation. Saudi Vision 2030 supports a new policy toward a less rigid reading of the Qur’anic text. Hopefully, the transformation can influence change and play a leading role in ushering in a clear and correct understanding of religion to guide troubled Muslims in Europe and elsewhere and protect them from a radical ideology that is alien to Islam.

The message of Prophet Muhammad (pbuh) is meant to be a divinely guided way of life that is suitable and practical for all human beings until the Day of Judgment.

(*) This article was originally published on Saudi Gazette. Read the original article. The views expressed in this article belong to the author and do not necessarily represent ForMENA