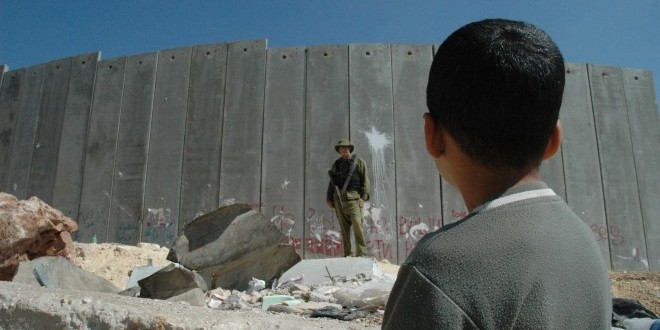 The Israeli elections next March are filled with uncertainty, regarding both the turnout and the outcome. Current Prime Minister Benjamin Netanyahu can take nothing for granted as he runs against Yitzhak Herzog, the son of former President Chaim Herzog and candidate for the Zionist Union party, the main force of centre-left opposition.

However, games are already in play in the halls of governmental and party power, proceeding as if the make-up of the future coalition and identity of the next Prime Minister are irrelevant details. And in many ways, they are. Across the board, defence and security dominate the elections. This not only pushes pressing social and economic issues far down the agenda, but may have unforeseen long-term negative consequences for Israel’s international standing.

Under the Netanyahu-Lieberman double-act, Israel has become isolated and widely detested internationally. The Prime Minister has brought relations with the United States to a historic low, appearing constantly at odds with President Obama. As Minister of Foreign Affairs, Lieberman has been globally condemned for his arrogant and suicidal policies, most notably his incendiary language and brutal actions against Arabs in Palestine and beyond.

Nonetheless, Lieberman (Yisrael Beiteinu) is already manoeuvring for the much coveted post of Minister of Defence, limbering up for a head-to-head with Naftali Bennet (Jewish Home). With the incumbent, Moshe Yaalon, seemingly already out of the race, it seems that the field is open for the two most extreme members of the current government to duke it out between themselves. Whoever ends up controlling the ministry will control the defence budget and thus wield enormous power within the country.

This jostling, begun well in advance of the election, extends to senior positions within the military. On 16th February, the high-profile General Gadi Eizenkot replaced Benny Gatz as Commander in Chief of the Israeli Defence Force (IDF). Israel’s new top officer is known for his ruthless application of the “Dahiya doctrine”. Authorising the use of overwhelmingly disproportionate force and discarding possible civilian casualties, this military tactic has been used extensively by the general in both Lebanon and Palestine. Its most recent application was in the 2014 Gaza war, as Israel’s “Operation Protective Edge” left nearly 2,500 civilians dead, with Hamas combatants making up at most 20% of total casualties. Israel, of course, accused Hamas of using civilians as human shields.

The degree to which such events have overshadowed the election illustrates the growing importance of the Ministry of Defence in recent years – a consequence, largely, of the current government’s rhetoric. Playing on the historic trope of the “Amalek” (the Biblical enemy of the Jews who attacked them during their flight from Egypt), Netanyahu has used the regional turmoil over the last four years to justify huge military and political overreactions to the slightest concerns in neighbouring Lebanon, Syria, Egypt and the Palestinian Occupied Territories. This has distracted from his failure to solve serious economic and social crises, against which Israelis demonstrated in record numbers in 2011, as 400,000 people came out onto the streets.

While Netanyahu’s continued emphasis on security and war may placate people for a while, it comes at an economic – a perhaps, eventually, a political – cost. For now, however, the current administration has succeeded in defining the ground over which the election will be fought. As such, the centre-left – meaning the Zionist Union party of Livni and Herzog – will struggle to win power on any other programme.

In the current atmosphere, even a minor incident from inside or outside Israel before the March 17th election would result in any emphasis on social justice and economic reform being swept away. In the face of cuts elsewhere, the defence budget – 20% of state expenditure – remains immune, making it almost impossible to address socio-economic issues. Bellicose rhetoric may be able to justify the state’s lopsided spending priorities, but only so far and for so long.

While Israel’s physical separation from bordering countries is a long historical process, it has been accelerated over the last ten years by the right and extreme-right governments that have come to power under Ariel Sharon and Benjamin Netanyahu. Starting with the infamous “Security Wall” in the West Bank, this policy has since continued with three other reinforced walls at Israel’s external borders. Indeed, from North to South, East to West, in addition to “preventative wars”, Israel has long developed its defensive fortifications.

The cost of this to Israel itself is increasing isolation from its neighbours. Denis Bauchard, a lecturer at Sciences Po University in Paris, described the Israeli state as undergoing self-imposed “bunkerisation” [1]. Netanyahu’s own language mirrors this, with the Prime Minister claiming that “the country must be surrounded by a fence” [2]. To justify such policies, the government relies on two claims: first, the need for security; and secondly, the need to preserve the Jewish character of the state. Israel is thereby presented as a “villa in the jungle”, an isolated shtetl or Yiddish neighbourhood of a central European city, like the Prague ghetto.

First conceived as a “security fence” protecting Israel from terrorist attacks and suicide bombings, the Wall swiftly became a separation barrier. Between 2002 and 2005, its route was altered many times, evidently with the aim of eating up more Palestinian territory. For such reasons, while it has been effective in reducing suicide bombings, the Wall remains highly problematic under international law and was in fact declared illegal by the International Court of Justice in 2004. The Court’s request that the Wall be dismantled has, of course, been ignored.

Indeed, while further construction had been temporarily suspended due to economic reasons following the demonstrations of 2011 (only 400 of the planned 760km have thus far been built), the government has recently announced its resumption[3]. However, beyond the illegal nature of the construction, Palestine’s acceptance to UNESCO in October 2011 has disturbed the plans of major Israeli strategists. For instance, in June 2014, the village of Battir, which lies south of Jerusalem and dates from the Roman period[4], was included in the “World Heritage in Danger” list following tough negotiations and exchanges within the assembly. The UNESCO vote aims to protect the architecture, hills and olive groves of Palestine and work towards political recognition of the country, while preventing the completion of the Wall.

This intervention is merely the most high-profile of an ever increasing number of complaints, which each year delay construction. Most, in fact, are heard in the Israeli Supreme Court, which is responsible for considering appeals seeking to alter the route of the Wall. A current dispute centres on the Christian Cremisan Valley, which would be permanently split in two in the Wall is built as planned[5].

However, it is not only in the West Bank that such “security” measures are underway. In addition to the blockade imposed on Gaza since 2007, other preventative measures against terrorists include a triple-barrier, seven-metre-high fence encircling the Strip, meant to deter those tempted to cross the border into Israel. Created after the 1993 Oslo Accords to delineate sovereign Palestinian territory, the barrier was severely damaged during the Second Intifada and rebuilt in 2001. Today, it runs for 60km, with the two main entry and exit points in Rafah (controlled by Egypt) and Erez (controlled by Israel).

The construction of a wall of almost 250 km along the border with Egypt is also officially underway to stop the trafficking of all drugs, weapons, goods and illegal immigrants. The Sinai side of border control has become less effective in recent times, resulting in increases in criminal and terrorist activity (including armed infiltrations and attacks) in this sensitive area. Moreover, Netanyahu declared in 2010 that illegal immigration was a mortal threat to the country, seemingly on a par with terrorism[6]. At a press conference in August 2012, the Prime Minister stressed: “The phenomenon of illegal infiltration from Africa is extremely serious and threatens the foundations of Israeli society, national security and national identity”.

A much shorter wall, on the Lebanese border, is proposed to run along the Blue Line[7] for 1 km. Political developments in Lebanon could indeed pose a threat to Israeli security as a result of the Syrian crisis and the possible strengthening of Hezbollah’s arsenal. The new wall will be supervised by UNIFIL[8] and will run between the Israeli town of Metula and its neighbour, Killeh, on the Lebanese side. Of course, it will not prevent rockets falling into northern Israel.

Finally, the 120km-long metal fence on the Golan side was strengthened in the second half of 2013 in order to prevent further infiltration of people and cargo. Yigal Palmor, former spokesman of the Israeli Ministry of Foreign Affairs, laid out the tactical purpose of the fence in the summer of 2014 while he was still in office, saying that there was not much else to do except observe the evolution of the Syrian conflict: “In the Golan, there is no need to look beyond the status quo until the situation in Syria is permanently stabilized”.[9]

Yet, however justifiable these walls may or may not be in security terms, each metre constructed contributes further to Israel’s physical and diplomatic isolation.

While the excessive focus on defence and security makes sense in immediate terms, it could bring serious consequences for Israel further down the line. By employing sensationalist rhetoric, Netanyahu and future Prime Ministers may distract from socio-economic issues for a while, but in ploughing precious resources into the military, successive governments hamstring their own ability to tackle these problems. As last summer’s demonstrations show, such an approach is only likely to work for so long.

The “security walls” – as well as the settlements – similarly make a certain sense from an Israeli point of view in the short-term. However, the duplicitous and cynical manner in which such fortifications have been constructed, appropriating yet more Palestinian land, has been disastrous for Israel’s international image and have all but cut it off from the wider region.

For now, whatever quarrels exist between Israel and the United States, no actual reduction in American support has occurred. As Obama emphasised in a recent interview with the Israeli newspaper Haaretz:

“As I have said repeatedly, neither my commitment – nor that of the US – to the security of Israel and the Israeli people, will ever falter and supporting peace will always be the cornerstone of this commitment…budgets are tight in Washington, but our commitment to Israel’s security remains undimmed. The United States pledges to provide more than $3 billion each year to help fund the security of Israel until 2018”

Whether such unyielding support will continue indefinitely, however, remains to be seen. Israel’s tactical emphasis on defence and security lacks strategic vision. While this raises serious problems for the country’s long-term future, it appears that nobody in the upcoming election is willing or capable of addressing them.

Sébastien Boussois is a policy adviser for ForMENA and author of several books. His most recent work is “Israel within Four Walls: the security complex against the Arab Spring” (Grip Editions, Brussels)

[7] Line drawn in June 2000 by the UN after the Israeli withdrawal from Lebanon on May 25 ending the occupation that began in June 1982.