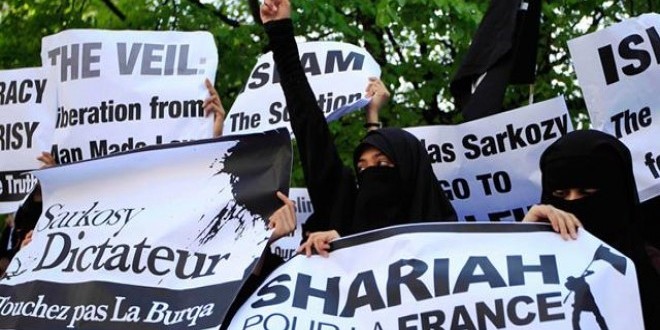 The trap of cultural determinism

“Ethnic identity, as much as any other collective identity, is an object of manipulation by individuals, who, being free, stay largely undefinable”

The recent dramatic events in France have redirected public attention to the issues of cultural pluralism and integration of “second-generation” Muslims in European societies. Frequently, such issues are discussed with superficiality and alarmism, with a “tyrannical” identity said to be established and determined exclusively by “ethnic origin” and religious/cultural background.

The main targets of such prejudices are “second generation” Muslims – young people largely viewed as immigrants, although, in most cases, they have never emigrated from anywhere.[1]

The fear, often undeclared, concerns the difficulties of assimilating these young people into European societies.  They are often viewed as strangers, coming from afar from a cultural and religious point of view as much as a geographical one. Moreover, their “ethnic origin” presents them to the “host” society as half-citizens, unreliable, divided between two systems and two cultures and allegedly only partially accepting (and accepted by) “western values”.

In fact, the phenomenon of generational acculturation of the children of migrants in an urban environment is based on reinterpretations of cultural forms of different origins, from which emerge original and syncretic “mélange culturelles”.[2] As such, young people’s “identity”, as well as their sense of belonging, is a flexible and fluid construct, which cannot be determined a priori by genealogically transmitted ethnic, religious or cultural identity.

Rather, choices, behaviours and desires are the results of multiple factors: nature, culture, social background, education and so on. All of these influences intersect and combine, creating hybrid, sometimes contradictory and highly mutable outcomes. Through negotiations and conflicts, young people gradually build their own personal and collective identity in order to find a role in society.

The family is the first and main agent of socialisation, providing a point of contact and a channel of mediation between the individual and society. It is here that identities are formed and negotiated, in permanent interaction with the cultural background of “origin” and the new society’s values and standards. The dynamics and outcomes of such negotiations inevitably depend on many variables and personal choices.

In some families, religious and cultural norms may became more rigid, which can lead to a strong defense of “traditional” identity and values.  These are often seen as opposed to those of the host society, which are often considered too frivolous and permissive.

As a reaction to these attitudes, it is not uncommon for young people to distance themselves, gradually or sharply, from the culture and religion of their parents, amplifying and exacerbating intra-generational conflicts within the family. These choices can create tension and disorientation in young people divided between respect and loyalty toward the family and their legitimate desire for autonomy.

The quarrels and clashes that oppose the young “immigrant” to their parents mainly concern projects and expectations, often contradictory, that the parents have regarding the future of their children. In many cases, they want young people to be able to take advantage of the positive aspects, such as education and work, offered by the host society. They may not, however, want their children to adopt certain values or behaviours which they deemed immoral and dangerous, including individualism, freedom of dress, promiscuity and so on.

The demands and expectations facing children can, therefore, often be perceived as double and contradictory: on the one hand, they require their active and positive integration in the “host” society; on the other hand, they require that the culture, values and the language of “origin” society are not lost.

These contradictions can confuse young people, who find themselves disoriented between various demands and impositions that are often at odds. The result is often that second-generation “migrants” come to lead two separate lives: a private and domestic dimension, respectful and conforming with the rules and regulations imposed by their family, and a public and social one, where the need for recognition and the desire to conform to their peers prevail.

This split is likely to lead many such young people experiencing a “partial integration” into the “host” society, limiting the sense of belonging. Furthermore, during adolescence, or perhaps even before, they often notice their “diversity” because their behaviours are considered outside the norms or social representations that the “host” society presents to “foreigners”, and are therefore mostly viewed negatively by that society.

Moreover, the economic exclusion of many of these young people, alongside the difficulty of achieving a positive and active integration in wider society can lead to a subordinate and marginal integration. In such cases, it is not rare for people born in a country of their parents’ immigration not to know which culture they belong to, who to contend with, or who to come into conflict with in order to ease their tensions. This precarious and uncertain situation make them vulnerable to various forms of manipulation.

These contradictions and conflicts are especially evident in the struggles to define female bodies and control girls’ behaviour. On the one hand, we can witness the gradual crumbling of more visible gender differences in the second-generation; on the other hand, older family members often display more tolerance towards, and a different treatment of, their sons than their daughters.

Families often favour male over female children in their process of emancipation from the community’s traditional taboos, in order to facilitate and support their integration into the “host” society. While sons are sent out more freely into the “public” world, daughters are often obliged to respect the taboos of their parents’ culture and perceived as the symbol of maintaining links with the traditional community’s image.

In this regard, Chantal Saint-Blancat’s[3] analysis of Maghrebi women immigrants to France is instructive. Saint-Blancat connects the “obsession” with the female body and female sexuality to the fact that it is mainly

“the woman who represents the foundation of the cohesion of the family system, the transmission of religious traditions, norms of behaviour, social practices, and the preservation of the cultural heritage of a society. Female sexual behaviour is [therefore] fundamental to preserving the purity of the group”.[4]

Under such conditions, even in migratory contexts which are apparently more liberal and where social and family ties are less conservative, women’s bodies and their sex lives remain subjected to strict control from their family members.

In other words, highly conservative attitudes towards female sexuality and behaviour are not simply residues of the “original” culture, but are equally generated by contradictions between the struggle to integrate into the only partially accepting “host” society, on the one hand, and to preserve traditional identities and familial support networks, on the other. The bodies and behaviour of young women are central to this struggle.

Girls adopt various strategies to respond to such conservative attitudes. These range from submitting to their families’ rules and prohibitions to reinterpreting traditions or developing various forms of disobedience, both explicit and implicit.

Transgression, however, is almost never painless: the knowledge that you have disappointed the expectations of parents may cause a crisis and deep suffering. In extreme cases, individual emancipation can lead to real fractures within families, bringing more pain and difficulties.

The effervescence of real life: fluid identities and inequalities

To conclude, it is clear that the choices and behaviours of people, women and men, young and old, are not predictable or totally submissive to the cultural and religious norms of their society of origin. Practices, choices and desires are the result of multiple factors (nature, culture, social background, education etc.), bringing about complex responses, unique and very personal life stories.

It is therefore necessary to reject any simplistic cultural determinism, which considers personal identity to be the result exclusively and overwhelmingly of ethnic origin, and does not consider the nuances of social life. Contrary to such interpretations, personal identity is in fact constantly and continually shaped by the demands and the values of the social and cultural environment in which we live.

The “second generation”, due to their specific characteristics and social position, are most in need of recognition and acceptance. Marginalisation and partial integration into the “host” society are likely to undermine their sense of belonging and citizenship, making them vulnerable and disadvantaged compared to their peers.

Moreover, discrimination and exclusion from social and public life can lead to more or less marked anti-social behaviour, attributable largely to socio-economic reasons caused by social disparity, rather than cultural and religious differences. Too often, only the latter are considered as responsible for conflicts and misunderstandings.

[1] Cf A. Sayad, La doppia  assenza.  Dalle illusioni  dell’emigrato alle  sofferenze  dell’immigrato, (The double absence. From the illusions of the emigrant to the suffering of the immigrant) Cortina Raffaello 2002