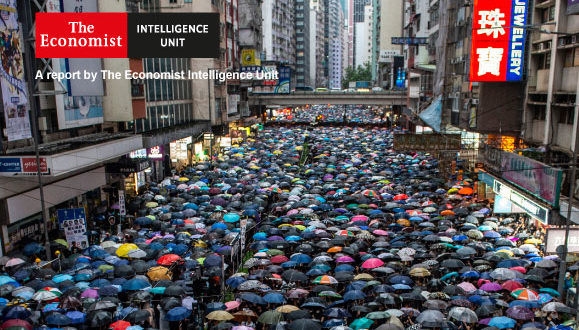 The twelfth edition of the Democracy Index covering 2019 that was published recently has concluded that global democracy is in its most fragile state since The Economist Intelligence Unit (EIU) first produced the study in 2006. Driven by sharp regressions in Latin America and Sub-Saharan Africa, four out of the five categories that make up the global average score have deteriorated. Although there were some dramatic downturns in the scores of certain countries, others have bucked the overall trend and registered impressive improvements. Download the free report to find out where your country ranks.

The Democracy Index attempts to measure the state of democracy in 167 countries, of which 166 are sovereign states and 164 are UN member states, by asking experts in each of the respective countries to report on a series of sixty democratic indicators. Each country is given a score based on these indicators and are placed in one of four categories, from “full democracy” to “authoritarian regime”.

(*) This report was originally published on The Economist .You can download the report here. The views expressed in this report belong to the author and do not necessarily represent ForMENA