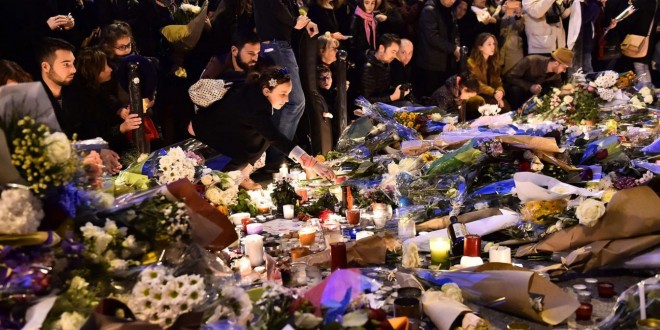 We Must Destroy ISIS But Not Play Into Their Hands

Written by Sunny Hundal, The independent (*).

The worst response to a tragic and horrific attack like that on Paris last night would be one that strengthens Isis. When President Francois Hollande said we are at war with Isis today, he was right. But it is a war we can only win if we don’t get provoked into the response they want from us. The response they expect.

Parisians are sadly becoming all too used to this kind of violence. It was only in January this year when the attack on Charlie Hebdo left most of its staff dead or maimed. And now this, an attack so ferocious and brutal that Paris may take years to recover. Seven years ago, to this very month, gunmen also ran amok in Mumbai and unleashed terror that was to last four days and claim 164 lives. This is global war, and and it could be very well be a generational war.

As I watched the horror unfold on TV last night, I was asked: “why are they doing this?” – which seems like a naive question but is actually an excellent place to start from. If Isis were indeed behind this (they have now claimed responsibility) – why would they do this?

Isis are doing this to provoke us. They want us to attack them on their soil: in Iraq and Syria. They want to see western troops back in those lands because the chaos and backlash that would create would play directly into their hands. It would create countless new recruits for them.

And Isis want to see western countries become closed, authoritarian societies where we live in fear of them and their capabilities. They hate what we stand for and they want to provoke us into changing that.

The temptation to react to Isis in the way they want will be strong in the aftermath of Paris. Francois Hollande says our response to Isis must be “merciless” – and I agree – but it must also be strategic so we don’t fall into their trap.

When Chancellor Angela Merkel said Germany would offer shelter to Syrian refugees earlier this year, Isis released a dozen videos in panic, encouraging Syrians to come back. But the damage was done. Syrians saw that Europe was more willing to offer them refuge and dignity than many Muslim states. That they were not heading to the Isis Caliphate was a slap in the face.

The attacks in Beirut and Paris is their response. They want us to brush away humanity and compassion with suspicion and division. By following that script we do exactly what Isis want us to do. The destruction of the Isis Caliphate must happen, but it must come from a Muslim-led force. After all, ordinary Muslims have been its biggest victims.

That isn’t to say we must do nothing. We have to challenge Islamism and its sympathisers in the west, and we have to stand for our values. There’s also no doubt we must win the war against Isis. But we cannot win it if we’re provoked into the response they want. We cannot win with a response that strengthens them rather than weakens them.

* This article was originally published on the independent Read the original article. The views expressed in this article belong to the author and do not necessarily represent ForMENA