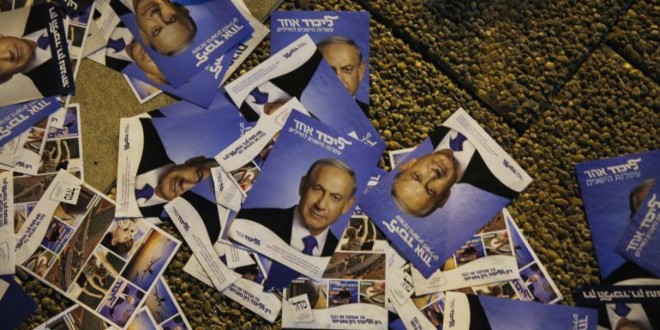 The Israeli elections: lessons for the Palestinian leadership

This article was translated from the Arabic original by ForMENA

It had been thought that the Palestinian political elites had reached a level of political maturity that would enable them to stop gambling on American and Israeli elections. The need to stop relying on new leaders of these countries to change the course of political events, which has always favoured Israel, was made especially clear after Ehud Olmert’s victory in the 2006 Israeli elections and Barak Obama’s coming to power in 2008.

Both largely continued the policies of their predecessors, with Obama even worse than Bush – or, more accurately, better at appearing honest and credible while upholding American and Israeli interests. Yet Palestinian leaders continue to define their strategies according to the expected outcomes of other countries’ elections, even gambling in this manner on Egypt’s last presidential election!

The necessity of abandoning this approach rests on the fact that, despite the intensity of debate and competition in multiparty systems prior to elections, the ability of elected leaderships in the United States and Israel to fundamentally alter their respective states’ major political strategies and interests is extremely limited. In Palestinian political discourse, we call these the “constants” or “references”. It is foolish to hope for a change in these through electoral processes abroad.

As such, Palestinians’ struggle for their rights must not be made reliant on what Washington or Tel Aviv might deign to grant us. Rather, it must be based on our own efforts to make real changes to our own reality and our ability to force others to recognise our rights.

However, the recent Israel elections revealed that Palestinian political elites, whether they be in Gaza or in the West Bank, are still gambling on the results of these elections. They do so either to get themselves out of their own dilemmas, or to legitimate their discourses and actions. Both the Palestinian Authority and Palestinian Liberation Organisation, regarding their application to the International Criminal Court, and Hamas and other armed factions in Gaza, regarding their military resistant to Israeli, hoped that a defeat for Netanyahu would vindicate their policies.

Contrary to their expectations, the electoral win for Netanyahu’s Likud party has delivered not only a personal victory Netanyahu. Beyond this, it signaled a victory for the incumbent Prime Minister’s discourse and view of internal Israeli politics, as well as his approach to the Israel-Palestinian conflict and presentation of how the West is conducting negotiations around Iran’s nuclear programme. By the same token, Netanyahu’s success is not merely a defeat for Herzog and Livni’s Zionist Union party, but for all those – such as the Palestinian elite – who were preparing to celebrate his defeat as a victory for themselves.

The high level of participation in the elections, the nature of the slogans raised by the Israeli parties and the scale of Netanyahu’s victory requires Palestinian political elites, especially the PLO and Hamas, to draw certain conclusions and learn some important lessons. The most crucial points to be taken from the Israeli elections are:

1. For the first time, racist slogans were raised explicitly. The division between Jews and Arabs was clear, as all Zionist parties revealed their racism. In light of thus, the demand for Israel to be recognized as a specifically Jewish State is not just a slogan, but rather a racist discourse and practice on the ground.

2. All parties agreed on “constants” that are contrary to Palestinian national rights, as they all refuse the establishment of an independent Palestinian state on the 1967 borders and refuse to change Jerusalem’s current situation or dismant the settlements. While key members of Zionist Union accused Netanyahu of scuppering the peace process, they themselves do not support an agreement that recognises Palestinian rights. The dispute between Netanyahu and Livni-Herzog is about how to manage the conflict with the Palestinians, not about its outcome.

3. The foundation of an electoral alliance between the Arabic parties to defend the interests of the Palestinians inside Israel is an important step which will hopefully remain solid after the elections. It must also be hoped that this development benefits Palestinian people, parties and movements in Gaza and the West Bank, who must find common ground between themselves is they are to face the same adversary.

4. The scale of Netanyahu’s victory confirms that Israeli society largely shares his stance towards Palestinians and view on managing the conflict. Netanyahu’s re-election demonstrates the support he has on a range of issues: his claims that he was victorious over the Palestinian resistance in the recent offensive on Gaza; facing Hezbollah in the south of Lebanon; his management of Israel’s relationship with Washington over Iran’s nuclear program; or his relationship with the PA and conduct of the peace process. By re-electing him, Israeli society has given Netanyahu a mandate to continue his discourse and policies.

5. Netanyahu will return stronger and more confident, especially if he forms a coalition government with Zionist Union. If such a coalition is formed, the Obama administration will not be able to impose any conditions in the case of a return to peace negotiations. The PLO should therefore prepare for a serious and difficult phase, as it will be presented with just two choices: return to the negotiating table on Israeli conditions, or refuse to restart negotiations as long as the colonization and Judaisation of Jerusalem and the West Bank continues.

6. The PLO’s indecisiveness over whether to continue security coordination with Israel and the future of the PA was due to waiting for the result of the elections, hoping that a new Israeli leadership would emerge more open to negotiations. Now that there is no more excuse for such indecision, the PLO must execute the recent decisions of the central committee.

7. In regards to Gaza Strip, Netanyahu’s victory resembles Israeli society’s blessing for his offensives on Gaza and support for any policies he takes regarding Gaza and Hamas. It must be anticipated that Netanyahu will use a “carrot and stick” approach to establish a new authority in the Gaza Strip. So either Hamas, the resistance factions, and Arab and regional parties concerned about Gaza’s future comply with Netanyahu’s longstanding truce conditions with Hamas in exchange for the latter to continue being part of the authority in Gaza Strip, the lifting of the imposed siege and building a seaport, or Netanyahu will launch another offensive to impose these conditions by force.

8. The American administration, and President Obama in particular, will take into account the Israeli vision on managing Iran’s nuclear program and Israel’s view of the nature of risks priorities in the region.

9. In response to the emergence of the unified Arab list and given the exposure of Israeli society’s racist nature, we fear that the Palestinians in Israel will face severe racist practices, which requires them to maintain the unity formed during the elections and not return to internal division once again.

Given that the characteristics of future Israeli policy are now clear and obvious, will we learn a lesson from our enemies and favour national unity over the partisan differences? Will Palestinian elites stop basing their strategies on the outcomes of Israeli, American, or Egyptian elections? Will we stop relying on foreign priorities and agendas that bring us nothing but more havoc and instead define our approaches by our own needs and capabilities? 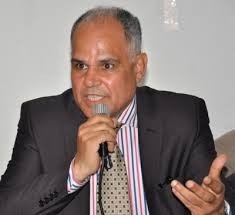