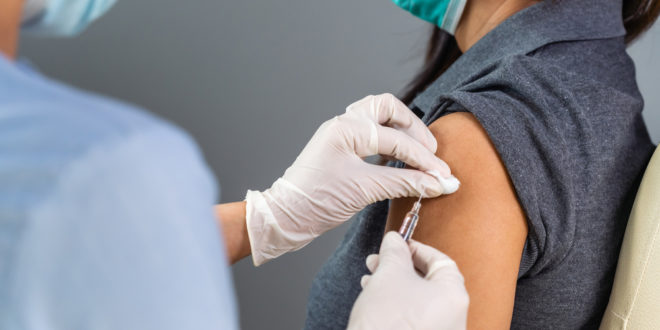 Jordan among first to vaccinate UN-registered refugees it hosts

Jordan has become one of the world’s first countries to start coronavirus vaccinations for United Nations-registered refugees, according to the U.N. refugee agency and the royal palace. As part of the kingdom’s national vaccination drive that began last week, anyone living there, including refugees and asylum seekers, is entitled to receive the shot free of charge. Jordan hosts hundreds of thousands of refugees from the region’s conflicts in Syria, Iraq, Yemen, and Libya.

Some 80% of refugees sheltering from neighboring conflicts live in Jordan’s urban areas and will be vaccinated in these local health clinics. The U.N. refugee agency says it is working closely with Jordan’s Ministry of Health to administer the vaccination to those housed in the Zaatari and Azraq camps for Syrian refugees.

Last Thursday, 43 Iraqis and Syrians were the first batch of refugees vaccinated in the northern towns of Irbid and Mafraq near the border with Syria, UNHRC Jordan spokesman Francesco Burt told VOA.

“But there are many more who have signed up,” he said. “There’s a government portal where everybody needs to register. So far, about 250,000 people have signed up, including refugees. That really depends on the availability of doses that the Jordanian government has available. They have about 3 million doses so far. So, they plan to cover about 25 percent of the population in the next months.”

The UNHCR says Jordan has included refugees in its national response plan since the beginning of the pandemic. Dominik Bartsch, the agency’s representative to Jordan, said that “reducing the spread of COVID-19 now necessitates that the most vulnerable people in our society and around the world can access vaccines, no matter where they come from.”

Burt says the pandemic has greatly impacted refugee resettlements to other countries in the West.

“That’s part of the problem with COVID and travel restrictions. But we have seen some resuming. It really depends on the countries’ regulations and that changes so fast. They discover new strains of the virus so that’s very much dependent on that. But some refugees have departed in the past months; not many. It all depends on the vaccination rollout and regulations in the coming months,” he said.

The UNHCR says the number of refugees with the infection in Jordan has remained low at 1.6 percent compared with 3 percent among the general population. But poverty rates among the refugees have spiked by 18 percent since the outbreak last March. Both the Jordanian government and the U.N. say they need additional funding to aid more than 1.5 million refugees hosted in the country. The UNHCR Jordan is appealing for $370 million to help the refugees.

(*) This article was originally published on Voice of America (VOA). Read the original article. The views expressed in this article belong to the author and do not necessarily represent ForMENA