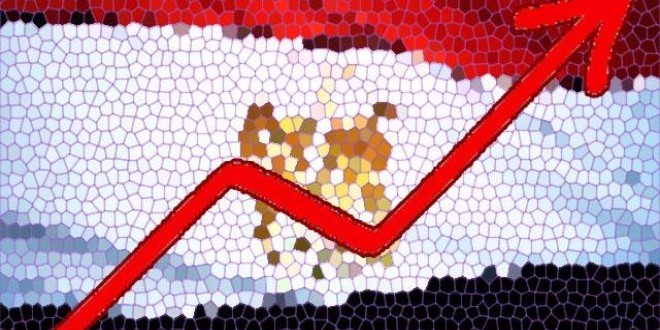 Four years after the fall of Hosni Mubarak, it is still difficult to kick-start the Egyptian economy. Indeed, the situation remains quite worrying. In addition to a continuously increasing population, political instability, serious security and terrorist threats, energy and environmental challenges should also be taken into consideration.

Historically, tourism and the Suez Canal have always been the main sources of foreign currencies, reserves which are essential to Egypt’s ability to trade with international partners.

Since January 2011, however, tourism has dramatically decreased due to political and security instability. Income from the Suez Canal has also dropped as a result of the global economic slowdown. On the other hand, remittances from Egyptian emigrants working abroad still constitute an important source.

In order to increase the Suez Canal transit capacity, and therefore foreign currency revenue, the Government has recently launched an expansion project of the already existing Canal. The sale of investment certificates meant to fund the project has reached US$8.5billion. Indeed, it took less than three weeks, much less than expected, for all certificates to be sold in Egypt, as interest in the project and the investment were significant.

It appears that only part of this money was deposited in bank accounts. The rest actually came from households’ nest eggs. One of the main reasons for this rush is the considerably high interest rate guaranteed by the Central Bank of Egypt (12%). However, this has also had some obvious negative effects, including a significant increase of the inflation rate and a depreciation of the Egyptian Pound.

Consequently, Egypt is witnessing the return of a foreign currency black market, with an increasing difference between official and unofficial exchange rates. In response, Egypt’s Central Bank has allowed banks to trade dollars up to 10 piasters above or below the official rate.

Following the fall of President Mubarak and the ensuing political turmoil, Egypt has benefitted from different financial programmes. First Qatar (June 2012-June 2013, when the Muslim Brothers were in power) and later Saudi Arabia[1], UAE and Kuwait have offered Egypt financial assistance. US$20 billion has been injected into the Egyptian economy in the form of central bank deposits, cash grants, project aid or energy subsidies, mainly meant to tackle frequent power cuts and maintain production capacity.

The IMF has urged Egypt to reduce its public deficit and adopt a drastic reform of the energy sector, by, among other measures, removing subsidies within a period of three years. These conditions would bring economic liberalisation, less bureaucracy and a simplification of procedures, as well as the abolition of existing trade barriers.

President El-Sissi has already started implementing this programme by reducing energy and, to a certain extent, food subsidies, inevitably leading to a level of discontent from the population. Will he be able, or is he willing, to combat financial opacity and fight the scourge of generalised corruption?

An International Economic Development Conference will be held on 13-15 March, aiming to attract investment in order to fund projects to the tune of approximately US$80 billion. Prime Minister Mehleb declared that Egypt targets 3.8% economic growth in 2015, and is strongly committed to economic recovery.

He added that implementing and communicating a clear roadmap of the business climate reforms was essential to fostering investors’ confidence in Egypt, and will help to pave the way to inclusive economic and social reform.

The Sharm El-Sheikh Conference is presented as a starting point for a new vision of Egypt’s economy and a gateway for offering opportunities to local, regional and international investors.

The 2015 parliamentary elections in Egypt, scheduled from 21 March to 7 May, represent the final step of the three-stage roadmap, which also includes Presidential elections and a new Constitution.

President El-Sissi has recently declared that he does not intend to establish a political party “to avoid division or polarisation,” stressing that the State would not support any political alliance or party list in the upcoming parliamentary elections.

Following the uprising of January 2011, Parliamentary elections were held under the SCAF (Supreme Council of the Armed Forces) between November 2011 and January 2012. In June 2012, the parliament was dissolved by the Supreme Constitutional Court, which considered the country’s electoral law unconstitutional.

Although upcoming elections currently do not seem to raise high domestic expectations or enthusiasm, they are likely to help the government demonstrate to the international community its commitment to the road map announced after the ousting of the Muslim Brotherhood-affiliated President, Mohamed Morsi, in July 2013.

By the same token, elections are presented as showing the government’s commitment to building democratic institutions. As for the economic domain, Egypt hopes in this way to send a positive and encouraging message to foreign investors and donors to support Egypt’s ailing economy.

El-Sissi’s government is persuaded of the importance of economic reforms for kick-starting the economy, with growth seen as necessary for political and social stability. With both of these factors strongly interlinked, el-Sissi is facing a complex situation trying to square the circle.

Great hopes are being placed on both February’s Economic Summit Conference and the Suez Canal extension project, which undoubtedly will play a significant positive role for Egypt’s economy.

In a longer term perspective, major structural reforms should be adopted simultaneously, so as to make those important projects sustainable beyond the funding and launching period. 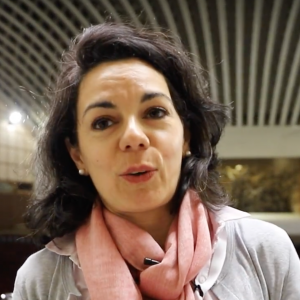 PhD. Researcher on Egypt and the Arab World. University of Paris