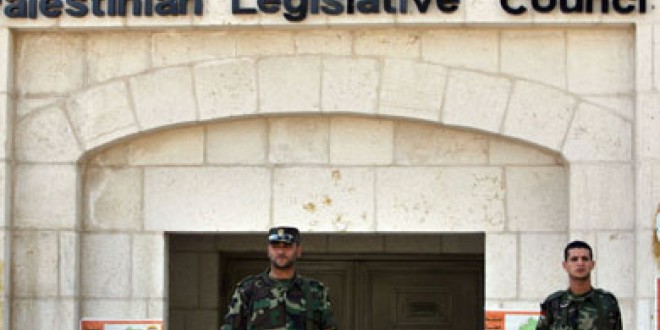 Eyewitnesses said the police officers were waiting for Ms. Najat Abu Baker, an elected Fatah member of the Palestinian Legislative Council, to step outside the parliament building in Ramallah.

Some of her colleagues and friends surrounded her, however, foiling the arrest attempt and whisked her back into the PLC building, the eyewitnesses said.

The PA prosecutor-general summoned Abu Baker for interrogation a few days ago following charges she made against Minister for Local Government Hussein al-A’raj, who is closely associated with President Mahmoud Abbas.

Abu Baker claimed that A’raj had illegally received a sum of NIS 800,000 from the public budget to invest in private water wells. She also claimed that the minister was selling water to residents together with other government officials.

A’raj has strongly denied the charges and called for an independent inquiry into the case.

Abu Baker is also accused of supporting a teachers strike that has seriously embarrassed the PA leadership. The PA claims that the strike by tens of thousands of teachers is politically motivated and backed by Hamas.

Abu Baker has since refused to comply with the prosecutor- general’s subpoena, arguing that this is a case related to freedom of expression. She also said that her parliamentary immunity protects her from interrogation.

She said that she would remain inside the PLC building until the prosecutor-general cancels her summons for interrogation.