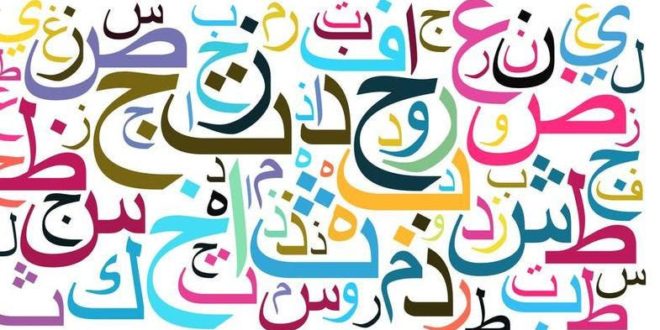 Know how Western languages were inspired by Arabic

As the world marks Arabic Language Day, it is only fair to pay tribute to this rich dialect that has inspired many western languages.

Many younger Arab generations are constantly accused of abandoning Arabic for the sake of learning western languages, when in fact, many words in English, French, Spanish and Turkish have been acquired directly from Arabic, according to Raseef22.

Lately, the expression “Avoir le seum” has been adopted in the French language in 2018 and has been added to Larousse dictionary. The expression which is believed to have originated among younger generations, comes from the Arabic word “sèmm” which means venom or poison.

“The sudden spread of Arabic language is one of the strangest events in world history,” said the famous orientalist Ranan in his book The History of Semitic Languages.

The site added that western languages have acquired from Arabic the terms that have no counterpart in their culture or language, such as Sheikh, Sultan and Hajj.

Interestingly, a quarter of the Spanish language vocabulary is of Arabic origin, and in Portuguese, 3,000 words have originated from Arabic too.

All of this is said to have occurred during a time in history when the Middle East had rather a large influence on the Western culture.

In English for instance, the word “Giraffe” comes from the same reference to the animal in Arabic “Zaraffa”. The customs “tariff” is similar to its equivalent term in Arabic “ta’riffa”.

The word “castle” comes from the Arabic term “Qasr” with the same meaning; a great construction. Words like: “Cotton” in Arabic is “Qoton,” “Alcohol” is “Kuhool”, “Sesame” is “Semsem”, “Gazelle” is “Ghazal”, and “Sugar” is “Sukkar.”

Surprisingly, the word “candle” is originally from the Arabic term “Qandeel” which means lantern.

In French language, words like “Chimie” or Chemistry, are inspired by the term “الكيمياء or Kemiya’a” in Arabic.

The term “chemise” which refers to shirt-like loose fitting comes from the term “قميص or Qamees” in Arabic.

Even the term assassiné, which means assassination, is originally inspired by the Arabic name of a tribe called “Hashashin” who were infamously known as killers during the era of the Crusades.

Just like English, many words in French have orginally came from Arabic, such as “Sucre” whoch means Sugar, come from “ السكر or Sukkar” in Arabic, “Sorbet” in french refers to the Arabian “sherbet,” or sweet-flavored drink. “Jupe” or skirt comes from the Arabic term “الجبة Al-Jubba” and “Emir” which in Arabic also means prince.

In Spanish, a word such as “Albaquía” comes from the classical Arabic word “البقية or baqiyyah” which means: the rest. Many others such as: “Aceite and aceituna” meaning oil and olive “زيت والزيتون”, “Azúcar” menaing sugar or “Sukkar سكر” , “Arroz” which means rice is also the same in Arabic “Arozz الأرز”, “Almoháda” meaning a pillow is “Al-Makhada المخدّة”.

Even the Turkish language has also acquired from Arabic, due to the long ties between the Arabs and the Turks over years.

We see words like “Kalem” in Turkish refer to pen or “ Qalam قلم” in Arabic with same meaning. The world “saat” means clock or hour in Turkish is also the same as the Arabic “Sa’aa ساعة”, as well as “Sahil” or coastline is also used in Arabic.

Moreover, there are 12 languages around the world that used Arabic alphabets in writing their language, including the Turkish language (during the Ottoman period), the Azerbaijani language in Azerbaijan until 1920, the Punjabi language spoken by 88 million in India and Pakistan, the Persian language and the 112 million languages spoken in Iran, Tajikistan, Afghanistan and Uzbekistan.