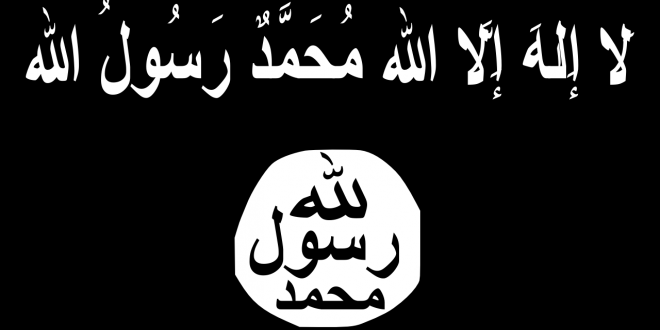 How far can the Islamic State expand?

The ability of the Islamic State to expand its influence and territorial control depends on a range of state and social factors specific to each country in the region.

Following the recent killings of Egyptian Copts in Libya and the attack on Tunisia’s Bardo Museum, the ability of the Islamic State to further project its power and appeal in the Middle East and beyond has been much discussed. Whether such fears come to reality, however, will depend on two main factors.

The first and most important of these will be the extent of the organisation’s resilience in the face US-led campaign against its strongholds in Iraq and Syria. The second concerns the specific context of each country in the region, with two key variables: the level of state stability, on the one hand, and the local strength of rival Jihadi groups like al-Qaeda, on the other hand.

Territorial control over Western Iraq and Eastern Syria is IS’ most precious asset. First, because this control is the mainstay of the group’s main selling point – that is, its claim to be not a mere “movement” like its rival, al-Qaeda, but a state. Secondly, as the trans-border character of IS’ territorial control underpins the pretensions of its leader Abu Bakr al-Baghdadi to be recognised as the new Caliph. Thirdly, these territories provide IS with oil, crops, opportunities for extortion and other resources that allow the organisation to sustain its military effort, organise governance, and buy new allegiances at home and beyond.

Although IS’ territorial expansion has been largely halted and, in some cases, reversed over the last months, it is far too early to announce the coming collapse of the organisation. In Iraq, the organisation is unsurprisingly suffering setbacks in the face of the combined efforts of the Iraqi Armed Forces (IAF), Shia militias, Kurdish Peshmergas, Iranian Revolutionary Guards Corp and US-led air campaign.

However, formidable military and political challenges lie ahead. Militarily, recent inroads into IS’ Sunni strongholds – principally concerning the Baiji refinery and battle for Tikrit – should not obscure two important facts: first, IS remains able to deal hard blows to its enemies, as illustrated last week by a fierce attack in Ramadi; secondly, the forthcoming battle for Mosul will be made far more difficult than the seizure of Tikrit by the size of the city and the risk of civilian casualties, since most of the one million residents remained in place after IS’ takeover last June.

Politically, a durable stabilisation of the country will require the reintegration of the Sunnis into the Iraqi state, a task that is made more daunting then ever by recent developments. However unpopular IS has become among the population it pretends to defend, the ongoing campaign against the organisation is adding to the existing sectarian resentment due to the abuses committed by Shia militias against Sunni civilians.

In addition, the substantial increase in the influence of Shia militias, and of Iran, within the Iraqi state since the IAF collapse of June 2014 is likely to pose structural obstacles to reconciliation. In that respect, the significance of the participation of Sunni tribes in the anti-IS campaign should not be overstated: recruiting rank-and-file auxiliaries is an entirely different matter from engineering genuine political inclusion.

This point, of course, was illustrated in 2008, when Sunni tribes in Iraq’s Anbar province were paid by the “Awakening” programme to tackle the presence of al-Qaeda, yet subsequently remained excluded and even oppressed by the Iraqi state. If the lessons of 2008 are not learned this time around, the outcome of further instability down the line can hardly be expected to be any different either.

In Syria, the US-led air campaign has resulted in IS’ retreat from Kobane in the face of the Kurdish Popular Protection Units (YPG) and their Arab rebel allies. The jihadists have suffered similar setbacks in the south of the Hassake province, where they are battling the YPG as well as Asad’s army and tribal auxiliaries. These battles have resulted in IS’ loss of an important communication line between Syria and Mosul.

Coalition airstrikes against oil infrastructures and the broader deterioriation of the economic situation within IS strongholds have also degraded the organisation’s funding. Over recent days, IS’ weakening has been exploited by the rebels, who scored minor victories against the group in the northern countryside of Aleppo and the Qalamun mountain, north of Damascus.

Military defeat and such strain on resources, in addition to low-scale guerrilla operations by remnants of rebel groups defeated last year by IS in eastern Syria, are also creating internal tensions. The extent to which these are affecting IS is suggested by recent reports of members fighting one another, trying to defect, or being executed on allegation of treason.

Growing difficulties are most likely to generate motivational problems among such IS members as the pragmatic locals who joined the group out of hope for security and salaries, as well as those among foreign volunteers who are more attracted by the prospect of living a better life in God’s Kingdom on Earth than by the hardships of warfare under US airstrikes.

In spite of these reversal of fortune, IS’ military potential in Syria remains considerable, as demonstrated by its current counter-offensive against the YPG near the border town of Ras al-‘Ayn, and its continued ability to challenge regime control over the central desert. By launching attacks across the latter from its strongholds along the Euphrates, IS aims to seize gas fields, weaken its rebel rivals on the outskirts of Syria’s central corridor, and maintain its relevance within the struggle against Asad and Hizbullah by sending reinforcements to the Qalamun mountains north of Damascus.

With its overwhelming Sunni majority and Alawite, Iran-backed regime, Syria actually provides IS with a structurally more promising environment than Iraq. In the short-term, the organisation will continue its (currently only moderately successful) attempts at recruiting new affiliates among rebel groups by playing on intra-insurgent divisions and offering financial incentives. In the longer term, the best-case scenario for IS would be a local or general collapse of anti-Asad insurgents. Indeed, as happened in Iraq, the resulting vacuum would bolster the organisation’s claim that it is the only credible defender of the Sunnis’ rights in the country.

IS is already operating on Lebanese territory, although as a result of a localised spillover of the Syrian conflict, rather than as a formal decision to expand across the border: the group has not established a wilaya (“province”) for Lebanon yet, nor has it appointed an emir there. IS’ presence on the Lebanese side of the Anti-Lebanon mountains essentially results from the reconquest of the main cities of the Qalamun area by regime forces and Hizbullah in late 2013-early 2014, which forced the rebels (including, to this date, possibly more than one thousand IS fighters) to seek refuge westwards.

On the other side of the Anti-Lebanon mountains lies the northern Beqaa Valley, which is home to anti-Asad Lebanese Sunni communities and Syrian refugees, but also Shia-majority Hizbullah strongholds. The region has therefore provided Syrian insurgents with supporters, supplies, safe havens, and opportunities to punish the Lebanese Shia militia for its involvement in Syria.

Attempts by the Lebanese Armed Forces (LAF) and Hizbullah to clamp down on the Syrian insurgents’ use of Lebanese territory as a back office have led to a series of clashes. The most serious occurred when IS and the al-Qaeda-affiliated Nusra Front – at war with each other across Syria, but until recently maintaining a modus vivendi in the Qalamun – stormed the town and refugee camp of Ersal in August 2014.

Although they were eventually driven out, they captured dozens of Lebanese soldiers and policemen, four of whom were subsequently executed. Dozens of refugees were also killed during the recapture of the town by the LAF. In the subsequent months, IS has adopted a lower profile in the region while establishing a shadowy sharia court system and trying to endear itself to locals and refugees by cracking down on crime in the region.

In late 2013 and early 2014, IS members were also reportedly involved, alongside al-Qaeda-related elements, in a series of car-bombing against Hizbullah across Lebanon, including Beirut. The militant cells were rapidly dismantled due to the cooperation of all major Lebanese political factions: although overtly hostile to Hizbullah and its involvement in Syria, the anti-Asad Sunni politicians of the 14th of March movement know well that the rise of Jihadi militancy inside Lebanon would necessarily occur at their own expense.

In addition to improvements in the LAF’s equipment thanks to Western and Saudi support, as well as to efficient counter-terrorist measures, another obstacle to IS expansion into Lebanon is the weight of the Nusra Front. The latter remains the most powerful group in the Anti-Lebanon mountains and enjoys a denser network of relations with Jihadi circles across the country.

The militants that clashed with the LAF in and around Tripoli last October were reportedly tied to the Nusra Front, and it is the latter that claimed responsibility for a double-suicide attack carried out in January 2015 in an Alawite neighbourhood of the same city. Very recently, the Nusra Front and other rebel groups launched a military offensive against IS in the Anti-Lebanon; if successful, this offensive would sever IS’ bridgehead in the Beqaa Valley from the Syrian hinterland.

One should not hastily dismiss the possibility of increased IS activism in Lebanon, however.  The country remains a tempting prey for Jihadis for two main reasons: first, targeting Hizbullah and its allies inside the country confers considerable prestige upon the perpetrators among their Syrian popular base due to the role of the Shia militia in shoring up Asad; secondly, Lebanon harbours a large pool of disenfranchised Sunnis who resent economic marginalisation and what they perceive as Hizbullah’s domination over the state, and do not feel represented by mainstream Sunni politicians.

In this context, going West into Lebanon might well be a credible option for IS if the organisation has to