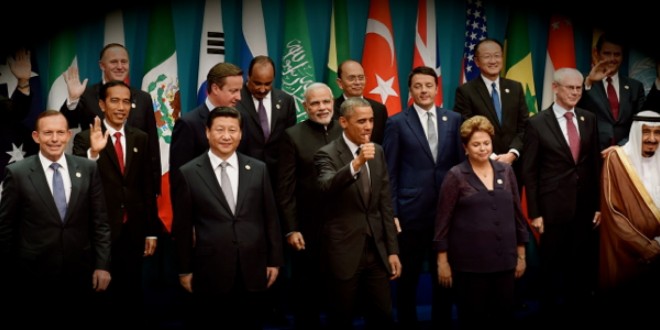 The Paris attacks were the most audacious act in Europe by the Islamic State of Iraq and Syria (ISIS), signaling the dawn of a new era in which nowhere is immune from terrorist threats. However, they have not sparked a significant shift in policy by the international community. On the contrary, the global reaction to the Paris attacks is playing right into ISIS’s hands.

The group’s strategy prior to its advance in Mosul in 2014 was offense-based, built on gaining territory. This was used as concrete evidence for ISIS’s slogan “lasting and expanding.” After the Mosul advance, many observers continued to measure the group’s success in terms of territorial gains. The slowing down of its physical expansion was erroneously thought of as a sign of weakness. The reality is that ISIS was simply entering a new phase.

Its beheading of two American hostages, just as it declared the establishment of a caliphate in June 2014, signaled a major shift in strategy as it began engaging in defensive warfare. The beheadings were meant to drive U.S. military intervention. Defensive warfare has been proven to be more favorable than offensive warfare to small groups fighting asymmetrical war. ISIS built its military strategy accordingly.

Expansion came to have another meaning, that of global presence, not territorial gain. Opportunistic attacks around the world began, and were aimed at driving support for ISIS as it showed its sympathizers that it had global reach. This was not just about image but also recruitment – now that it had captured enough territory to create a state, it needed fighters and residents to form its population.

ISIS’s military calculations have been based on meticulous study of the West’s reaction to, and handling of, similar scenarios in the context of the Middle East since Sept. 11, 2001. It became clear to ISIS leaders that the West could be easily drawn into a war based on retaliation, not on comprehensive strategy.

This happened in Afghanistan after Sept. 11, and played out in Iraq after the 2003 invasion, with terrorist acts by Al-Qaida driving military reactions by the United States and its allies that only fueled the conflicts instead of ending them.

The scars of the Iraq experience were a main driver behind the policies of the Barack Obama administration in the United States, as the president attempted to avoid repeating the same scenario in other Middle Eastern countries.

ISIS leaders understood this, and gambled that the United States and its allies would try to avoid getting involved in the Syrian conflict, only to be dragged into it rather hastily when they were pushed to do so. The gamble was that after what happened in Iraq in the aftermath of the invasion, no Western county would want to commit boots on the ground in the Middle East again, meaning that any military reaction by the West would not be sufficient to defeat ISIS.

The U.S.-led international coalition that has been engaged in airstrikes against the group since Sept. 2014 confirmed to ISIS the accuracy of its projection. It had been well prepared for airstrikes, hiding its leaders underground and intermingling its fighters within the civilian populations in Syria and Iraq. The strikes were used by ISIS to prove its narrative that it was defending Muslim lands against the aggression of “crusades, infidels and apostates.”

Through the Paris attacks, the group aimed to give the French no choice but to retaliate through similar military intervention. With other Western countries now considering following suit, the ISIS is succeeding in using popular anger and fear in Europe for its own benefit.

Countries feel pressured to show their people that they are doing something about the group, either to avenge them or defend them. They turn inward, driving their attention to domestic security, while also feeling the pressure to act externally. This translates into the kind of external military action that is at best symbolic and at worst not thought through.

The U.N. Security Council resolution against ISIS that was unanimously agreed in the aftermath of the Paris attacks is another example of how everyone is feeling the pressure but lacking a viable strategy to implement. It also further affirms to ISIS supporters worldwide that anyone who is not part of the organization is a legitimate enemy.

The formula is simple: Attack the enemy to showcase influence. Gain new members. Drive the enemy toward hasty military retaliation. Gain new members. The international community has a real common enemy in the form of ISIS, but it is time to stop being reactionary in how this threat is dealt with. The more countries focus on security, the further away they turn from politics. The further they are from politics, the more ISIS benefits.
Cause and effect

It is tempting to see the group as the problem, but it is in fact the symptom. The underlying problem is the continuation of the Syrian conflict. ISIS leaders know this, and benefit from the lack of strategy on the part of the international community to end the Syrian crisis. They watched in glee as the Vienna talks, which were meant to be about starting a political negotiation process over Syria, turned to matters of security instead.

Military action alone will not defeat ISIS. It must be coupled with a political plan that addresses the root cause behind its existence. Otherwise the international community’s well-meaning reactions and interventions will only to serve to feed the beast.

This article was originally published on Al Arabiya News. Read the original article. The views expressed in this article belong to the author and do not necessarily represent ForMENA