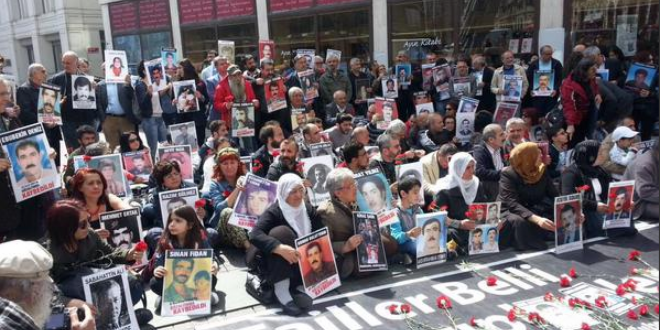 Can Talking About Trash Drive Political Change in Lebanon?

Written by Joey Ayoub and published at Global Voices

I wish I could explain what it feels like to be disgusted by one’s own country. It’s a painful sentiment. You feel guilty for even feeling it in the first place, but you just can’t help it. You’re aware of your own privilege and you know that despite it all, you still have a relatively comfortable life. But that’s just not enough anymore.

There’s clearly something wrong with Lebanon, and we all know that we’re part of it. I’m not just talking about the many problems that we face today: I’m talking about something truly fundamental regarding this country’s way of perceiving itself.

We’ve been somehow conditioned to an odd mixture of institutionalized apathy and institutionalized helplessness. We’ve stopped dreaming beyond the few meters of exclusive space that we’ve built around us, because we don’t see a country that is receptive to discussion of its own issues. We’re engulfed in our own sectarian lunacy and we never fail to remind ourselves how we’re failing to do anything about it.

This is how we’ve been conditioned, and this is the only way we know how to function. Somehow, along the way, we’ve separated our individual day-to-day concerns from those of people who are different from us, even when, more often than not, those concerns are identical.

I’ve been fortunate enough to experience a Lebanon that isn’t tainted by such helplessness. I’ve experienced political happiness, a term broadly defined by the anthropologist David Graeber as the experience of being able to make sense of a situation through a realization of common purpose—a sense that you trust the people around you because you’re all dedicated to solving the same problem.

More recently, I experienced it my interactions with طلعت ريحتكم (‘tol3et re7etkom’, meaning ‘You Stink’), a grassroots movement created as a response to the government’s inability to solve the trash crisis.

After residents of Naameh city shut down their landfill, which served the areas of Beirut and Mount Lebanon—roughly half of the population of the entire country—we’ve been drowning in waste. The government had known for years that the Naameh landfill would reach full capacity, but failed to develop any alternative, environmentally sound solution to the disposal of Beirut’s waste. Instead, the government has opted to distribute the waste around various empty spaces, most of which are located next to residential areas  and forests. The environmental and health consequences have been severe.

Tol3et re7etkom is dedicated to sustainable solutions put forward by environmental experts and centered around a return to a municipality-level system of trash management, along with the implementation of nationwide recycling. A few days ago, I met with the core organizing team. We were from different age groups, mostly young men and women, and from several sectarian backgrounds. Most of us were quite experienced at this whole trying-to-change-the country thing, but some were quite new. And although we came from different political backgrounds, we understood intuitively that this cause required everyone’s involvement.

So we started talking, and in the end we arrived at a simple conclusion: that the situation at hand is pretty straightforward. The ongoing trash crisis has, once again, exposed the loosely organized gang of warlords-turned-politicians that we call our government as essentially useless. They have been incapable of dealing with a relatively simple crisis which they’ve had years to prepare for. They never took any initiative, for reasons well known to most Lebanese, and have been doing what they do best: postpone action until a catastrophe hits the country.

We know what the cause of the problem is, we know how to solve it, and we know what will happen if we fail to do so. tol3et re7etkom is demanding that the government implement an immediate and eco-friendly solution to the trash problem that would reverse the damage done as a result of garbage dumped in reserves, wells, and near residential areas. The movement is asking any bids submitted for providing trash management solutions be vetted by environmental experts and include only sustainable practices. And lastly, tol3et re7etkom would like to see everyone responsible for this crisis held accountable, and a transparent investigation conducted regarding the money that have been wasted and/or stolen.

It’s a true joy seeing people working relentlessly for something they truly believe in. We know what we’re up against, but we also know that this has to happen. We have to keep the momentum going. And we’re already seeing actual change taking place on the ground. More and more municipalities are beginning to adopt their own sustainable alternatives to our current inefficient system. It’s our job to maintain that pressure, for all our sakes.