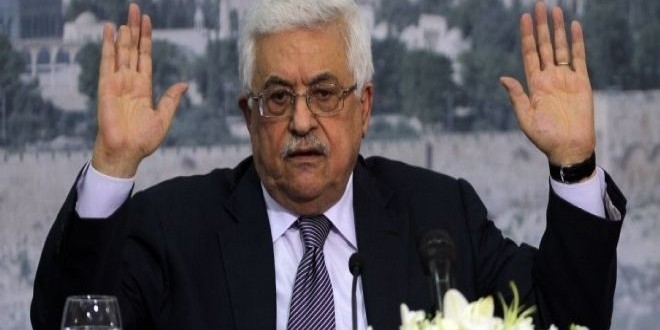 Authoritarian, corrupt and unfit for purpose: President Abbas and the Palestinian Authority

President Abbas’ and the Palestinian Authority’s (PA) long-fomenting crisis of legitimacy has reached new levels, with representatives of three hundred and fifty unpaid public-sector employees denouncing the administration in a scathing letter sent to the Arab League, European Union representatives and the Palestinian Legislative Council. Seen by ForMENA, the letter criticises Abbas’ personal appropriation of power and the increasing authoritarianism of his regime. The authors state:

“The Palestinian Authority – supposedly committed to the liberation and defence of our people – has joined the ranks of Palestine’s oppressors. The PA now violates, rather than ensures, the rights of Palestinians; it systematically destroys, rather than builds, the institutions of a future Palestinian state; it appropriates funds for its own political purposes, rather than using them to create a democratic, professional and accountable government.

“The PA is not currently fit to represent the Palestinian people, who have no confidence that, under this administration, their struggles and sacrifices will lead to an independent and free state.”

The letter also claims that the PA’s failure to pay the salaries of its employees – including doctors, civil servants and security personnel – is politically motivated, targeting those who criticise Abbas’ policies. It comes in the context of significant dissent from figures within Fatah itself, who similarly accuse Abbas of playing politics with public money. With around 150,000 people on the PA payroll, the ability to switch cash flows on and off at will through allegedly extra-legal means gives the President significant coercive power over a considerable section of the Palestinian population.

This power is enhanced by extremely high dependency ratios – with an average of more than five people, mostly family members, reliant on each wage-earner. Not only the three hundred and fifty employees themselves, but around 2000 others thus face imminent destitution. The severity of their situation is indicated in the wider state of the Palestinian economy: according to the Palestine Economy Research Institute, 38% of Palestinians in the West Bank and 50% in Gaza live below the poverty line, with World Food Programme figures showing that across both areas, half the population suffer from food poverty.

To anyone familiar with recent events, the letter’s charge that President Abbas is abusing his control of aid money to silence dissent comes as no shock. Public sector salaries and revenues have long been used a political tool, whether in the factional struggle between Abbas’ Fatah and Hamas or in Israel’s ongoing refusal to release tax money to the PA as punishment for latter’s attempt to bring alleged Israeli war crimes before the International Criminal Court (ICC).

According to information obtained by ForMENA, such political gamesmanship has a further troubling consequence: with few other employment opportunities – particularly in Gaza, where Israel’s long-standing and likely illegal siege has all but destroyed the economy – civil servants and security personnel whose salaries have been blocked over recent years are increasingly being forced to join radical Islamist militant groups as a means to survive.

Targeted for criticising Abbas and members of both Hamas and Fatah, these individuals – whose full names must remain confidential for their own and their families’ safety – include:

“MQ”, a resident of the al-Nasser al-Gharbi neighbourhood of Gaza City. Prior to his sacking, MQ worked for official intelligence services. He then became active in the al-Qassam Brigade, the military wing of Hamas, before joining the more extreme Tawhead and Jihad Brigade. He later moved to Syria to fight for the al-Nusra Front against the regime of Bashar al-Asad and was killed in the countryside around Aleppo in December 2012.

“MT” followed a similar road. An employee of the PA’s national security forces and resident of Gaza City’s al-Sheikh Radwan district, MT was sacked in 2007 and, like MQ, joined the al-Qassam Brigades. Since 2010, he has also been active within the Tawhead and Jihad Brigade.

“MN” lived in the impoverished al-Shati refugee camp in Gaza City and worked for the Palestinian police force. He was sacked after defying Abbas’ orders by continuing to work in the aftermath of Hamas’ victory in the 2006 elections. With no alternative source of income, MN joined Mumtaz Doghmush, leader of the Army of Islam faction. He was killed in an Israeli airstrike in 2010.

It is not simply that mundane economic, as much as ideological, factors drive individuals towards hard-line militant factions. More importantly, the above stories highlight the extent of the destruction of the Palestinian economy and civic life under the twin handicaps of a corrupt and self-serving PA on the one hand and a debilitating Israeli blockade and occupation on the other. The increasing politicisation of public money – almost all of which comes through foreign aid – threatens to push the occupied territories towards a humanitarian crisis, the threat of which is already very real.

The Police State of Mahmoud Abbas

The letter goes on cite a litany of other abuses, including a flagrant disregard for human rights, the executive’s unconstitutional domination of the judiciary, arbitrary arrest and incarceration of dissenters and a despotic personalisation of power by Abbas and his inner circle. The signatories also urge the United Nations and foreign governments to pressurise the Palestinian Authority into finally holding elections, with the democratic mandate of President Abbas having long expired. Again, for regular observers, such accusations are unsurprising. Indeed, far from a vehicle for Palestinians’ liberation and self-determination, the PA is increasingly coming to represent a police state actively hostile to its citizens’ basic democratic rights in the name of “security”.

This sector – driven by a long-standing policy of co-ordination with the Israeli military, which President Abbas has publicly described as “sacred” – consumes an increasingly large proportion of the $15billion of foreign aid money received directly by the PA since the 1993 Oslo Accords. 44% of the nearly 150,000 PA civil servants are currently employed as police or intelligence officers, with the coercive branches of government power swallowing 26% ($1billion) of the PA’s annual budget – compared to just 16% on education, 9% on health and a shockingly low 1% on agriculture, despite this being crucial to Palestine’s economy.

The authoritarian impulses of this rapidly emerging police state are most immediately evident in the PA’s treatment of journalists. Reporters Without Borders’ latest Press Freedom Index lists the West Bank and Gaza – thus also implicating Hamas – as 138th out of the 180 countries surveyed. Israel, “the only democracy in the Middle East”, comes in at a dismal 96th.

Indeed, whatever their other differences, the PA, Hamas and the Israeli government are united in their suppression of free speech: the Committee to Protect Journalists recorded 500 press freedom violations committed by the two Palestinian factions and a further 800 by Israel in 2013 alone. These violations included beatings, imprisonment without trial (what Israel refers to as “administrative detention”) and shooting journalists in the head at point blank range with rubber-coated steel bullets during non-violent demonstrations.

In recent months alone, the PA-controlled sections of the West Bank have seen numerous incidents of this kind. In November, Palestinian police violently assaulted and illegally imprisoned Mohamed Jaradat, an independent journalist who was targeted for photographing police brutality against peaceful protestors. In the same month, a march organised by the Palestinian Journalists’ Syndicate against previous violations of press freedom was brutally repressed. In September, two journalists were arrested for “defaming authorities” – that is, expressing political opinions contrary to Abbas’ dictates – on social media sites.

This targeting of journalists is part of a broader and systematic campaign by the PA against the freedoms of public assembly and expression. In November of last year, representatives of the Union of Public Employees were arrested during strike action, with Abbas responding to criticism by outlawing their union. Demonstrations organised by official opposition parties are also regularly targeted and attacked, as are an increasing number of more ad hoc public protests against the PA’s vast corruption and recent, brutal austerity drive.

The recent letter to high-ranking international bodies is thus noteworthy not because the concerns it raises are novel, but because the signatories’ decision to bypass the PA altogether in their complaints indicates the degree to which an increasing number of Palestinians no longer feel that the Abbas regime has anything to offer them, nor any intention of responding to their legitimate demands. Indeed, many Palestinians increasingly see the PA as nothing more than an outsourced Israeli policy force. As one demonstrator succinctly put it: “now we have two occupations — the Palestinian Authority and the Israeli government”. His analysis was seemingly confirmed during Israel’s euphemistically named “Operation Pillar of Defence” last year, as the PA routinely and violently repressed protests in the West Bank held in solidarity with the Palestinians of Gaza.

Peace or Pacification? The role of aid.

The signatories of the letter are fully justified in their statement that “donor countries’ grants to the Palestinian Authority are, first and foremost, support for the Palestinian people, not for the President or his personal agenda” and demand that aid-givers – primarily the United States and European Union – enforce stricter regulatory mechanisms.

However, a growing body of academic literature has come to question the entire role and purpose of aid in Palestine: whether through misuse or Machiavellian design, this money has thus far supported the violent pacification of the Palestinian population through a dependent and clientelistic PA, rather than building any coherent vision of justice and peace. While the degree to which donor countries’ own agendas or the PA are culpable for this failure is a matter of debate, it is clear that making aid work for Palestinians’ interests rather than against them will require fundamental reform, rather than tangential regulatory tweaks.

In particular, the balance of aid money must shift away from mere firefighting towards long-term investment in economic improvement, civil society and democratic institutions. With the vast majority of money now spent on staving off immediate crises or footing the bill for Israel’s regular destruction of Palestinian infrastructure, no meaningful social, economic or political advance for Palestine is possible.

Additionally, the top-down manner in which aid is administered provides massive opportunity for corruption. The monopolisation of decision-making by political and business elites and de-politicised NGOs must thus give way to a decentralised, grass-roots model of distribution involving academics, representatives of civil society and local community-based organisations dedicated to empowering Palestinians and furthering their struggle for statehood and self-determination, rather than simply keeping them marginally above destitution and impoverishment.

In short, if aid money is to ever fulfil its so-far empty promise to the Palestinian people, it must be controlled by those people themselves, not by either a self-serving domestic political class or the interests of donor countries.