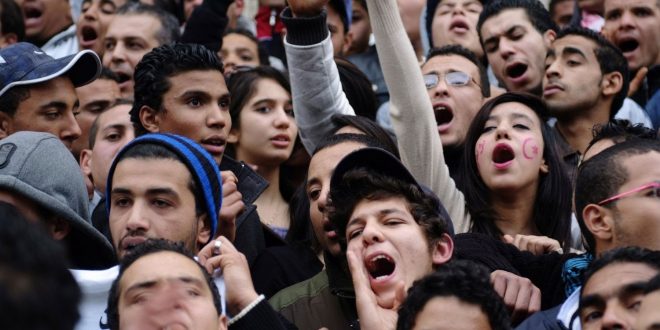 By: Ian Black Middle East editor at The Guardian (*)

The vast majority of young Arabs are increasingly rejecting Islamic State and believe the extremist group will fail to establish a caliphate, a poll has found.

Only 13% of Arab youths said they could imagine themselves supporting Isis even if it did not use much violence, down from 19% last year, while 50% saw it as the biggest problem facing the Middle East, up from 37% last year, according to the 2016 Arab Youth Survey.

However, concern is mounting across the region as a chronic lack of jobs and opportunities were cited as the principal factor feeding terrorist recruitment. In eight of the 16 countries surveyed, employment problems were a bigger pull factor for Isis than extreme religious views.

The eighth annual survey provides a snapshot of the aspirations of 200 million people. It found that five years after the start of the Arab spring, most youngsters prioritise stability over democracy. Optimism that the region would be better off in the wake of the 2011 uprisings has been steadily declining.

In 2016, only 36% of young people said they felt the Arab world was in better shape following the upheaval, down from 72% in 2012. The majority (53%) agreed that maintaining stability was more important than promoting democracy (28%). In 2011, 92% of Arab youth said “living in a democracy” was their most cherished wish.

Concern about poor job prospects was observed across the Arab world, where one in four 15- to 24-year-olds are jobless – the highest youth unemployment on the planet, according to World Bank. The International Labour Organisation believes up to 75 million young people are without a job in Arab countries.

The Arab Youth Survey was based on 3,500 interviews across a range of issues with respondents aged 18 to 24.

It found that 47% believed Sunni-Shia relations were deteriorating and 52% felt religion played too big a role in a region dominated by Saudi Arabia and Iran – respective cheerleaders for each sect and on opposite sides of the wars in Syria and Yemen.

Overall, 39% of Arab youth viewed the bloody conflict in Syria as a proxy war fought by regional and global powers, 29% saw it as a revolution against the Bashar al-Assad regime, and 22% believed it was a civil war among Syrians.

Nearly half of those polled supported the 2015 international nuclear deal that ended sanctions and brought Iran in from the cold – in striking contrast to the hostility of Saudi Arabia and other Gulf governments. Divisions were also evident in Arab youth perceptions of the US, with 63% considering it an ally and 32% as an enemy.

Lack of democracy was cited as the biggest obstacle facing the Middle East by 22%, compared with 50% pointing to the rise of Isis. But two-thirds of young Arabs (67%) still wanted their leaders to do more to improve their personal freedoms and the human rights of citizens, particularly women.

The survey by the PR consultancy Asda’a Burson-Marsteller, which has an office in Dubai, found that the United Arab Emirates is viewed by young Arabs as “a model country” that is economically secure, and is the most favoured nation to live in and set up a business.

Nearly one in four (22%) cited the UAE – a federation of hereditary sheikhdoms without elected representative institutions – as the country they would most like to live in. A similar number said it is the nation they would most like their own country to emulate (23%). Respondents were not asked specifically about abuses that are regularly highlighted by international human rights watchdogs.

The survey found 66% of Arab youth were increasingly concerned about falling oil prices, though 78% still believed they were entitled to subsidised energy – despite plummeting revenues. Saudi Arabia, the world’s largest oil producer, is struggling to undertake large-scale economic reforms in response.