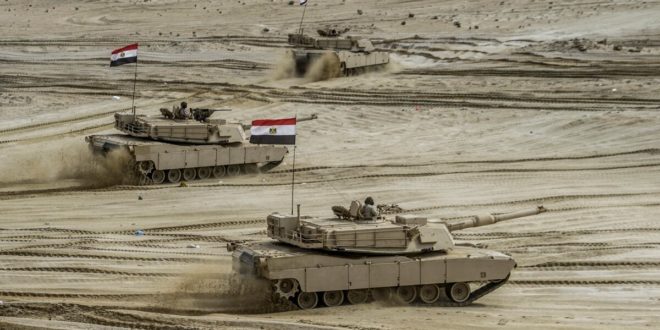 What’s standing in the way of an Arab NATO?

By Agnes Helou, Journalist and writer, for Defense News (*)

The so-called Arab NATO, a U.S.-led initiative, has the potential to address threats to the Gulf and the Middle East. So what is delaying the creation of such an alliance?

“It is an American idea that has been approved by the Arab Gulf countries, but it didn’t take shape yet. I expect such a NATO to be successful, but we are still at the beginning,” explained Maj. Gen. Hamad bin Abdallah al-Khalifah, the commander of the Royal Bahraini Air Force.

Last month, the Bahraini minister of foreign affairs said at the IISS Manama Dialogue 2018 that the idea of an Arab NATO would become reality by 2019.

One sign of progress: Gulf countries already share the benefits of respective military capabilities in joint training and operations, such as the Saudi-led airstrikes in Yemen. “We have been sharing information between coalition fighters all along the operations, and we have been training alongside with the Gulf countries through joint exercises, and this enhances our capabilities,” al-Khalifah said.

On the other hand, there are clear challenges ahead for such an Arab NATO. These include issues of interoperability; the eight nations operated different types of military platforms. For instance, Egypt operates the Russian Mig-25M and the American F-16, while Saudi Arabia operates the American F-15SA and the European Eurofighter Typhoon and the UAE operates the F-16 and the French Mirage.

Replying to a question about data sharing between various platforms, Rick Groesch, Lockheed Martin vice president for the Middle East, said: “When a country buys U.S. equipment, there are certain things signed up in their agreement. In other words, a country can’t put a non- U.S. weapon on a U.S. weapon system without approval from the government.”

But data sharing is not the only obstacle for an Arab NATO. The relationship between Qatar and other Gulf countries following a blockade of the former remains unresolved. Saudi Arabia, the UAE and Bahrain cut relations with Qatar in June 2017 in a form of land, maritime and air blockade.

Another shared concern among the eight countries is Iran and its proxy militias. Commander of U.S. Air Forces Central Command, Lt. Gen. Joseph Guastella, mentioned Iran specifically as a threat to stability in the Gulf region, during the 2nd Manama Airpower Symposium on Nov. 13.

“Iran continues to cause risks to other nations and act as a destabilizing agent across this region. They aim to disrupt the balance of power and place at risk the livelihood of citizens,” Guastella said. “When the Iranian military exercises are aimed at the blocking at the Strait of Hormuz, the potential of miscalculation of military intent has strategic consequences. Their actions are directly aimed to threaten all of our economies.”

Observing similar alliances may prove helpful in standing up an Arab NATO, he added.

“There is value in looking at what NATO has been able to do and the successes of an alliance that has guaranteed essentially stability for the region there for decades,” he said. “Could some of those lessons apply here? Could some similar alliance of like-minded nations in the Gulf come together in a way that offers the same stability it is offered? Could some of this be applied here? I think the answer is yes, and I think that the step to reach it should be considered by all nations involved.”

(*) This article was originally published on The Deference News. Read the original article. The views expressed in this article belong to the author and do not necessarily represent ForMENA