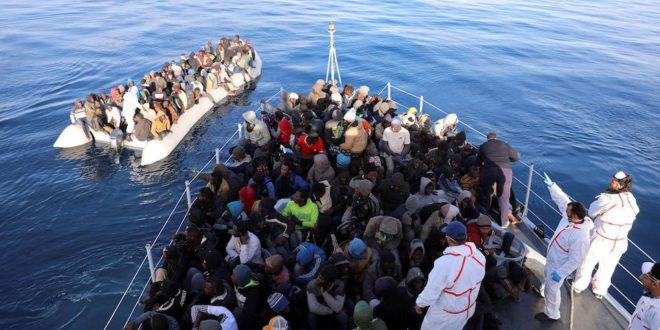 Two in five young Arabs have considered emigrating because of poor economic prospects, a survey shows, as regional economies tank in the wake of coronavirus.

This year’s Arab Youth Survey found that 15 per cent of 18 to 24-year-olds were actively trying to emigrate, while another 27 per cent said they had considered leaving, driven by economic factors and corruption. This was the first year respondents were asked about emigration.

“The Covid-19 pandemic brings unprecedented uncertainty,” said Jihad Azour, regional director of the IMF, in an article accompanying the survey of 4,000 people across 17 states.

“We are seeing a rapid deceleration of economic activity. The downturn is also expected to exacerbate the already large humanitarian and refugee challenges faced by fragile and conflict-affected countries,” he added.

The Middle East and north Africa region has one of the world’s youngest populations and a high youth unemployment rate.

The wish to migrate is higher in areas beset by conflict, including almost two-thirds of those surveyed in the Levant and half of those from north Africa. Potential migration is particularly high in Lebanon, where an economic and governance crisis has been compounded by the devastating Beirut blast in August.

More than three-quarters of young Lebanese people said they were actively trying to leave or had considered doing so. In Libya, Yemen and Iraq, about two-thirds responded similarly. A third of youths said coronavirus had made them more likely to emigrate.

The United Arab Emirates is the country most Arab youths would like to live in, the survey found, followed by the US, Canada, the UK and Germany.

Gaining access to the UAE and other oil-rich Gulf states is largely dependent on securing employment. Accessing immigration programmes for western nations can be difficult, prompting some to brave dangerous boat journeys across the Mediterranean.

The desire to leave home is accompanied by rising political unrest. The survey, conducted by communications agency Asda’a BCW, found strong support for the protests that last year led to the removal of leaders in Algeria, Lebanon, Iraq and Sudan, eight years after the Arab spring deposed four despots.

Many foresee further unrest: 86 per cent of respondents in Libya, more than half of those in Tunisia and 40 per cent of Egyptians believe protests could take place over the next year. Even in the more affluent Gulf states, about a quarter of Bahrainis and a fifth of Omanis predict demonstrations.

Corruption is to blame, according to 40 per cent, followed by 29 per cent who identify a lack of good jobs as the main catalyst for instability.

Youth unemployment in the Middle East and north Africa of 27 per cent is almost double the global average, World Bank data show. The survey found that 87 per cent expressed concerns about unemployment, with more than half expressing a lack of confidence in the government’s ability to deal with the issue.

Mr Azour said a positive note could be found in rising interest among young Arabs for non-traditional jobs, with the number of those looking for government employment declining compared with 2019.

More were also seeking to create their own enterprises and embracing the digital revolution. “These developments bode well for the future,” he added.

(*) This article was originally published on The Financial Times. Read the original article. The views expressed in this article belong to the author and do not necessarily represent ForMENA